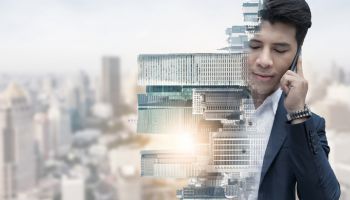 The proposed merger of Deutsche Bank and Commerzbank comes as no surprise as the distress in the banking sector continues to mount. Consolidation is the natural course in a declining economic environment among banks; it has been the natural order of things for as long as there have been banks.

However, this time around, there is a wild-card that could make gobbling up a competitor a little tough to swallow. This time around, FinTech firms are poised to inflict a lot of pain in the banking sector. Acquiring banks had better be sure that their targets have not been hollow-out by the FinTech infestation.

Thanks in large part to the 2008 banking crisis, FinTech firms were able to gain a foothold while the entire global banking sector went into hibernation for 5 years; enough time for the FinTech ninjas to develop products, refine them in practice and redefine some of the core propositions of banking, such as business lending. And this time around, FinTechs are well-capitalized and are ready to do battle.

Like many of its global counterparts, Commerzbank appears to have suffered a debilitating wound in the 2008 crisis and has never been able to recover. The chart below (Commerzbank bottom graph in dark blue) tells the tale of the slow decay in the Commerzbank outlook as a function of stock performance. The movie phrase, “Dead man walking” comes to mind. So, does it still make sense to acquire a “zombie bank”? And does it make sense for one zombie bank to acquire another zombie bank?

The point here is that it will be vicious in this cycle as FinTechs are poised to take a bite out of large areas of market activity once thought to be behind the banking sector firewall. The traditional banking sector is arguably in its weakest state in close to 100 years in a recovery period, no less. It is clearly not business as usual, but by all appearances, nobody has told that to the banks yet.

As bank stocks go, 2019 has already been a year to forget; and based on the performance of the treasury yield curve, it’s not looking like a recovery is in the cards for the balance of the year. The prolonged period of low interest rates and the flattening (and inverting) yield curve is screaming negative signals daily. There does not appear to be a haven here. Yet, FinTechs continue to grow and take banking activity market share.

As the yield curve flattens and we are seeing prolonged intervals of inversion (5 year yields above 10-year yields), the lending environment becomes a narrowing gauntlet of pain and anxiety as growth also grinds downward. The ECB and the Eurozone are looking at the possibility of prolonged, negative interest rates. Again, the cacophony of danger alarms is hard to ignore.

The banking environment under the current yield curve dynamics projects a very dire outlook for lending globally. Growth outlooks in the America’s, Europe and Asian regions are being revised downward as well. This is not likely to change any time soon.

Looking at one of the FinTech leaders, PayPal (NYSE: PYPL) it’s not hard to see which way the momentum is shifting.