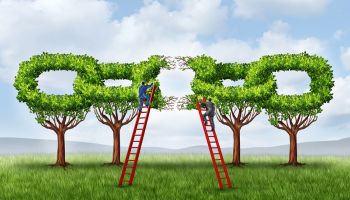 Last week, Dutch bank ING decided against taking on the challenge of acquiring Commerzbank. Earlier reports stated that ING Head Ralph Hamers had met with Commerzbank’s Martin Zielke at least twice in April after the merger with Deutsche Bank fell through.

When the German government looked into the matter, they expressed the desire that the new company would be based in Germany, widely known as having less regulation than the Netherlands… particularly surrounding executive compensation.

As far as the reasoning for taking a pass, several sources stated that ING took declined in part because of the fact that cross border mergers were risky until there was clarity on the European Union’s banking union plan. While Commerzbank’s shares rose when there were rumors that Germany was speaking with the Netherlands about the merger, optimism was short lived when it was clear that Benelux’s largest retail bank did not have interest in the ailing bank.

Other reasons are even more likely. In addition to political risk with Commerzbank being owned in part (15%) by the German government, it is likely the complex execution of a cross border acquisition seems risky when questions still linger about the stability of the European economy.

Moreover, ING has a strong European IT platform that would require massive integration in the midst of strengthening compliance controls. ING was one of several European Banks named in a money laundering incident last year, which is unusual for Dutch financial institutions that have a strong reputation for keeping watch oncapital flows.

While these factors seem plausible on the surface, it is noteworthy that ING would turn what would seem in the past to be an incredible opportunity to scale. Commerzbank is trading at such an incredible discount to its stated book value. ING would likely increase its regulatory capital from 14.7% to 16.7%. Historically, a bank like ING would jump at the financial numbers that an acquisition like this would provide.

It also has the appeal of creating a European powerhouse in terms of retail banking. However, apparently politics, technology and compliance dictate concerns that make even the most appealing figures in terms of scale seem risky.