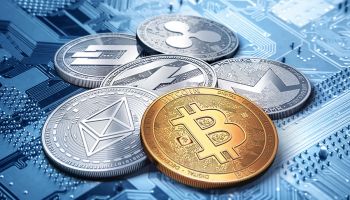 The recent surge in Bitcoin can be attributed a number of factors. Mainly, Bitcoin’s recent rise can be attributed directly to the small group of large holders of the crypto currency who are bidding up the price. We can see evidence of this as volumes diminish in a rising market (see chart below).

Another sign that a market is being manipulated is the constant volatility at extreme levels. This appears to be a market in the throes of death spasms with those holding the most coins looking for one more public indulgence for a chance to unload on giddy buyers. If history is any indication, those buyers will re-appear around the $20,000 price range if it gets that high. The suckers will usually re-enter the market just above historical highs.

Today (June 19), the performance of Bitcoin stands at an impressive 146.83% year-to-date gain. According to news service, FXWirePro, a survey of 21 analysts that cover Bitcoin have a price target of approximately $25,000 with a handful at $10,000 and one at $125,000. There is something that we should know about these so-called analysts, and that many are Bitcoin evangelists, exchanges and traders that make markets in the crypto currency. 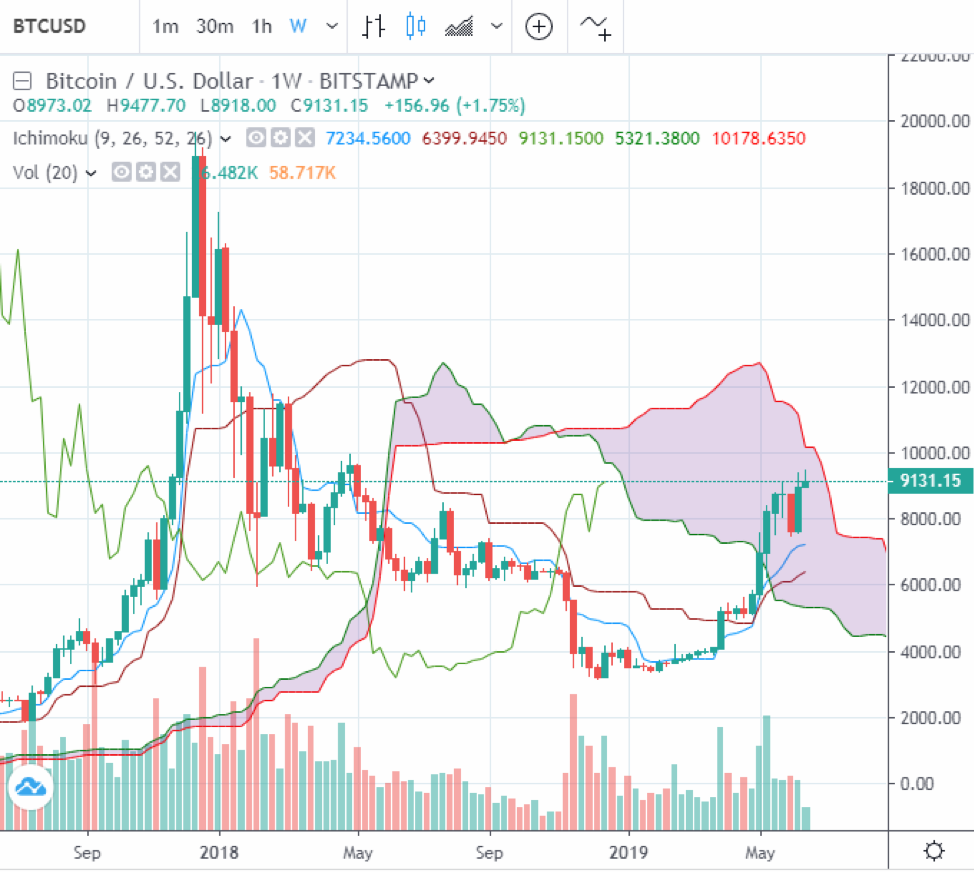 With the introduction of Facebook’s Libra cryptocurrency, Bitcoin has just officially been given an expiration date. The Facebook initiative also includes: Paypal, Visa and Mastercard, Uber and others. And while Libra is being billed as a low-cost, block-chain payment system, it is the Bitcoin killer.

Bitcoin’s biggest problem is that it was not engineered for scale as a currency and as stated above, the price mechanism is too subjective and not tethered to any stable global commercial benchmark.

The price fluctuations are simply too volatile for retailers to seriously consider using it as payment. In a moment’s notice a retailer could lose the full value of goods and services due to Bitcoin price volatility. Bitcoin’s useful efficacy comes in the commerce of the dark web, in the realm of anonymous transactions and is still riddled by scams and scandals. It’s an unfortunate distinction and legacy, but it is the stark reality for the foreseeable future.

On the very practical side, Facebook (and by association, Libra) is anchored by Facebook’s relationship with 7 million advertisers. Add the distribution of Uber and Visa and Mastercard and it’s a formidable obstacle for Bitcoin to overcome.

What’s more, the Libra initiative holds vast potential for the “unbanked” population of the world. Those are the billions of people around the globe that do not have access to a bank account or electronic banking. Libra can convert this population into a “banked” population literally overnight.

For those still clinging to the Bitcoin ecosphere, it is entirely plausible that the cryptocurrency can continue its ascent to $25,000. However, it is more plausible that that level will be achieved on the backs of unsophisticated individual investors who get caught-up in the promoter hype.

There is currently no regulation governing disclosure of ownership when promoting cryptocurrencies so it’s buyer beware. When it comes to Bitcoin.

Tim Kelly is an expert on FOREX, is the founder of Forex TV, and a frequent contributor to Banking Exchange