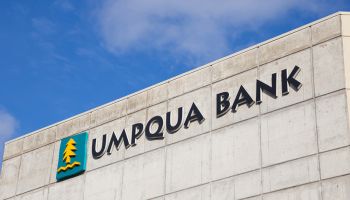 U.S. companies based in the states of California, Nevada, Washington, Oregon and Idaho are riding high, according to a new report by Umpqua Bank. The majority of CEOs and CFO’s are looking to invest in new technology to upgrade manual work.

"The health of middle market companies is of central importance to the overall U.S. economy as they're responsible for producing roughly one-third of U.S. private-sector GDP—which totals about $5-6 trillion," said Tory Nixon, chief banking officer at Umpqua Bank. "The prospect of continued growth is instilling confidence in business leaders, but they aren't resting on their laurels. Our research indicates that CEOs and CFOs in the middle market are confident they're on a good growth trajectory but understand that adaptation is critical to being competitive in an ever-changing market environment."

The survey had even better news for banks. Middle market firms stated they choose bank financing and loans as the top source of growth strategy funding. Technology is one of the key reasons for the optimism, with most of the executives saying technology has positively shape the business.

If there is a fly in the ointment, it would be training. While the executives are bullish on technology investment, they are less excited about investing in human resources such as training and development. This certainly should be an area of caution, as employees will need to provide for their employees as the digital transition continues.

If there is one area in which larger corporations are concerned with, it is trade disputes with China and other countries. However, middle market executives are not as concerned with only 25% believe those disputes will negatively impact their domestic growth plans.

Their biggest fear is a rise in the minimum wage. If this sentiment continues, it is a sign for the 2020 elections to swing towards the present administration when it comes to small and midsize business owners.

However, the survey is not an encouraging sign for low wage workers with owners and executives optimistic but inclined to invest more in technology than human resources.