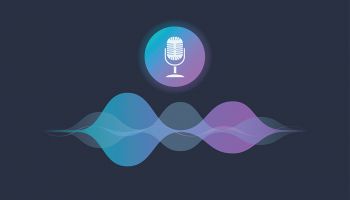 Banking leaders must understand that digitizing the status quo is not the same as launching a successful digital strategy. To see the difference, they need look no further than the voice assistants that play an increasingly important role in consumers’ lives.

The major voice assistants are available almost anywhere and everywhere. They are untroubled by the confines of any finite channel, having spread to smartphones, headphones, televisions, speakers, refrigerators, car infotainment systems, and many other devices that can now obey our spoken commands.

In contrast, if a banking customer wants to do something with their money, there may be an app for that—but only one app. Moreover, that lone app frequently offers relatively myopic functionality and limited ways of interacting with it.

This falls short because digital strategy isn’t about any app or channel so much as inserting a business into ecosystems of digital experiences that expand the business’s reach by making it more useful and accessible to customers.

In the past, bank customers were burdened to travel to their bank's main office for every physical transaction. In many cases in today’s online world, they are similarly burdened to come to the bank's app or website to get a financial service. Instead, customers want to access their funds when they need them without having to jump through hoops—to send money to friends they’re chatting with on social media, for example, all without having to leave the social media app.

Many banks have been slow to fully engage with these changing customer preferences and ecosystem-centric ways of doing business, which has left open opportunities for more nimble digital competitors. Perhaps predictably, given some banks’ sluggishness, consumers are warming up to receiving financial services from technology companies rather than traditional institutions.

For banks and businesses of all kinds, the goal shouldn’t be to funnel users to a specific application or replicate the brick-and-mortar experience inside a mobile app—it’s about using software ecosystems to better and more agilely serve customer needs in shifting and expanding contexts.

How banks can compete

So the question is, how can banks emulate the rapid innovation and ecosystem growth found in voice assistants and other disruptive movements?

Each bank’s journey will involve its own complexities and individual decisions, but here are some of the ingredients that successful banking transformations are likely to share:

Most banking leaders should be familiar with APIs because APIs are central to complying with various open banking regulations unfolding around the globe—but there is a significant difference between producing APIs for compliance and producing APIs that expand an enterprise’s business opportunities. To leverage APIs as business accelerators, a bank needs well-designed and managed APIs that act as products that empower developers. Such APIs are typically offered alongside sample code, documentation, testing environments, and other resources in self-service portals designed to get developers up and running within minutes.

Whereas many IT teams are accustomed to creating APIs for bespoke integration projects and then moving on, today’s productized APIs are typically supported by a team that oversees full lifecycle management, from ideation to release to iteration.

Identify the most valuable systems

Banks should identify the systems, data, and functionality that most define their proprietary advantages and unique identities. When properly exposed and managed as APIs, these assets are not only among those internal development teams are likely to reuse but also among those most likely to attract partners who can build on them and potentially introduce them to new audiences.

Sharing APIs with partners can help an enterprise to spread the work of innovation, augment its core strengths with complementary third party contributions, and expand its reach into new digital ecosystems and market segments. Rather than focusing on a few applications or channels, in other words, banks that actively share their APIs can work with partners to create richer, more fully featured digital experiences that are available in more places and contexts.

Digitally transforming a bank is not an IT-only effort. Business executives should understand how APIs deliver value and collaborate with IT leaders to define the API program’s goals and vision. Fulfilling these goals will likely require changes to budgeting processes, as the models that funded one-off API projects won’t support new strategies in which APIs are continually managed to form a flexible technology platform.

Likewise, metrics and incentives may need to focus on developer engagement and API consumption rather than more traditional IT metrics, such as the number of APIs produced. Changes of this scale are unlikely to happen if business leaders aren’t working with IT leaders to clearly articulate the goals and lead the charge.

Digital strategy is about ecosystems, not any single application or channel

Modern voice assistants hit the scene only a few years ago, and they are already riding APIs and developers into new use cases and devices virtually every week. This sort of fast progress should inspire banks, but they should also consider the flip side of digital disruption: when new players rise, recalcitrant incumbents often fall behind. Just as many mobile apps that don’t support voice assistants may struggle to compete in the coming months and years, banks that don’t embrace ecosystems to meet customer expectations may be headed for trouble.

The window of opportunity for incumbents to act is still open, but as fintechs and other digital natives continue to encroach on legacy banks’ territory, that window closes a bit more each day.

David Andrezjek leads go-to-market for Verticals and Ecosystems at Apigee.