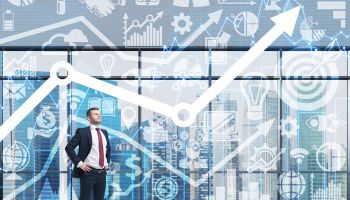 It’s a critical time for the future of asset management, as the industry has barbelled to a point where it rewards, on the one side, small, niche firms that specialize in active management, and on the other side, massive global asset managers leveraging economies of scale to match the market at a very low cost to investors. Indeed, stratification is such that the top 20 global asset management firms currently control 43 percent of the combined $93.8 trillion in assets managed by the 500 biggest firms.

Everyone in between the boutique and the megalithic is being squeezed out on profit and on outflows on their assets under management. It’s a dog eat dog world, alpha returns versus beta returns, with nothing in between; simultaneously, there’s been a massive shift from active to passive investing. But before we look at some of the newest trends and theories in asset management to determine how best to address this stratification, I’d first like to explore the question, “How did we get here?”

A Brief History of Asset Management

Though we could go back as far as 1602 to the Dutch East India Company—the first publicly traded company—we will content ourselves to start in the 1950s, when what we know as modern asset management came to be. It’s worth defining asset management, used here to mean institutional investing, whether for major corporate businesses’ pension funds or for educational institutions’ endowments. This is opposed to personal wealth management. Asset management is a multi-trillion-dollar B2B industry, where any given firm might invest billions on behalf of organizations.

In the 1950s, then, two theories of asset management came to the fore: modern portfolio theory and the capital asset pricing model. Modern portfolio theory holds that you can construct portfolios in such a way as to optimize the return based on the degree of risk you’re willing to accept—the more risk, the higher the returns. Obvious as it may seem now, this was quite a new concept at the time. This theory led to the development of optimal portfolios for maximum possible returns on any particular degree of risk. Asset managers could construct a portfolio for the risk-averse, or vice versa, with more risk or a longer time horizon leading to potentially higher returns.

The second emergent theory was the capital asset pricing model, which further reinforced the relationship between risk and expected return. Combining these two models, economists found an efficient frontier in the risk-to-return ratio, representing a mix of exposed equities and exposed bonds. They came up with a curve showing that with 100 percent bonds—the lowest risk investment—you’d get around a 6 percent annual return; with 100 percent equities, carrying much higher risk, there was about an 11 percent return. Balancing the sizeable fluctuation and volatility of pure equity with the low returns of bonds, they came up with the ideal construct for a portfolio: 60 percent equities and 40 percent bonds. What came to be known as the 60/40 model was almost guaranteed to return 10 percent annually, and was so successful that it remained dominant for 40 years, until the 1990s.

Nothing is forever, and inevitably the dot-com bubble burst—as early as 2007, it was observed that “since 2000, productivity is up 19 percent, but median earnings are down.” Those 60/40 portfolios showed massive declines; the assets-to-liabilities ratio of the largest global pension funds nearly halved, from 126 percent to 78 percent coverage.

Simultaneously, other shifts were occurring in the socioeconomic landscape, demographic changes foremost among them. Population and asset management had peaked at about the same time in the mid-1990s, so with fewer people were entering the workplace there weren’t enough new employees to top up pensions. To compensate, companies injected cash to alleviate the holes. Of course this was unsustainable, and the trend in asset management slowly started to shift away from defined benefit plans to defined contribution plans. Rounding out the demographic triple whammy, many people were reaching retirement age and were starting to dip into those very expensive defined benefit pensions.

Lots of other things were happening, too, on a purely economic level. The way accounting principles were used to define the pensions started to change. Companies’ finance departments were reporting the running costs of pensions in a manner completely out of kilter with the actual costs, which were significantly higher than previously expected. This was because they continued to use outdated accounting principles based on the 60/40 model, which was by that point considered the standard.

It was just about a perfect storm.

From Active to Passive Investing

From the early 2000s, asset managers started to realize that they needed to rethink their portfolio composition to improve that plummeting assets-to-liabilities ratio. They also realized that they needed to start shifting assets on the management side to different strategies and asset classes in order to start boosting returns.

To do this, they employed three strategies: first, they sought lower cost approaches to reduce management fees for the client; second, they started to move from high-risk equities toward different asset classes that provided similar returns with a bond-like risk profile—predominantly hedge funds; and third, they started to look—and asset managers like ourselves look ahead 10, 20, 30 years—for more illiquid assets such as properties and real assets, they carried the benefit of producing different income streams that correlated to a predominant equities fund. Alongside these new strategies, some corporate pensions began to transfer pension liabilities to large insurers in a process called risk transfer.

The lower cost approach to portfolio management really started to drive the change from active investing—which is how the industry grew up—toward passive investing. Previously the mandate was: We expect you to have 60% equities and 40% bonds, but you can choose any equities and bonds within that constraint. Then came the advent of style boxes—different templates that formed the starting point for passive investing.

In the early 1990s, Vanguard, now the world’s second biggest asset manager, took style boxes a step further and developed the first tradeable index funds. At the time, the concept of an index fund was so absurd that Vanguard struggled to make any headway. But then came the perfect storm, and from 1997 onward, Vanguard started to explode with index trading.

Another early 1990s innovation was State Street’s first ETF, or exchange-traded fund. This further drove passive investing. By the late 1990s, big pension fund managers, finally realizing the high cost of running their pensions, moved toward these new low-fee funds, and indexes and ETFs started to take off.

Pension companies wanted income profiles from their more illiquid assets. The first real trailblazer here was a portfolio manager at Yale University who advocated for an endowment model. This deviated from the norm, in that, again, it didn’t follow the 60/40 split; Yale had a much higher percentage of alternative assets in their portfolios. Their argument was that alternative assets, by their very nature, are not efficiently priced, as there is limited information available on them. With this asymmetry, if you can get the right information, you can expect a bookmarked return to those liquid assets. During the dot-com bubble, most pensions had a negative return—but Yale’s was positive, because they had diversified their portfolio and were less reliant on top equities.

While asset managers were looking for an equity-like return at bond-like risk, the hedge fund, a third trend, emerged. They struggled against the status quo initially, because until the bubble burst their underlying capital largely came from the high net worth segment. But as institutions realized the value of their offering, hedge fund-managed assets exploded and became a fairly attractive income stream for asset managers, as well.

Next time we’ll bring our discussion into the present, with the emergence of beta returns and the search for alternate alpha. How it all fits together forms an interesting picture of how we got where are today—and what asset management is likely to look like in the next five to ten years.