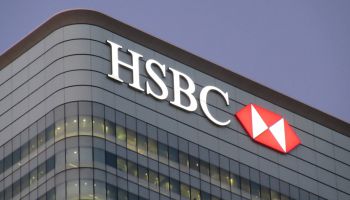 HSBC is planning to cut as many as 10,000 jobs, or 4% of its workforce. The official announcement will likely come later this month when the bank is scheduled to report third quarter earnings. Just two months ago, the bank had announced that four thousand jobs were being made redundant after the departure of CEO John Flint.

The new interim CEO is Noel Quinn. The bank has an astounding 238,000 employees worldwide, and this will be perhaps its greatest attempt at cost cutting.

The cost cutting will likely take place in Europe where the headcount is the greatest, but the margins are not as Asia is showing double digit returns. The primary reasons cited by anonymous sources within the bank are low interest rates and Brexit uncertainty. The bank will likely target highly compensated employees as the banking industry continues to struggle with keeping margins in line as low or negative interest rates will continue to challenge profit margins.

While the numbers are staggering, HSBC’s German rival Deutsche Bank announced the elimination of another 18,000 jobs just two months ago. HSBC was rumored to have removed Flint because he avoided making radical cost cuts that will soon be announced. It has not been clear where the cuts will take place in terms of the divisions.

The company has already made plans to divest in a retail operation based in France which may decrease the overall headcount even further. However, the operation in Asia has been extremely successful with more than three quarters of the present profit coming out of the region. The bank has been one of the most successful players in China.

If there is a silver lining from the major redundancies at global banks, it may come for boutique investment management firms that can offer value add services with a lower headcount while larger banks are struggling with margins.

On the retail side, while larger banks may have the advantage of scale, technology can also serve as a great equalizer with shrewd business models able to challenge traditional banking models heavily reliant on high touch rather than high tech.