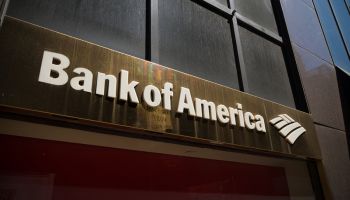 So much for discount brokers. Who needs a discount when something is free? Bank of America, one of the largest banks in the world, just added free trading to its suite of benefits for top customers, thus putting a likely end to any stock trade fees for large investors.

Any retail banking loyalty program customer will get unlimited trades not only on stocks, but also options through Merrill Edge online services, making a bet on management fees instead of transactional revenue.

The move is not a surprise as the entire industry was trending in this direction. In fact, it will not negatively impact Bank of America’s bottom line as more than four fifths of trades have already been no fee trades under the present plan for these customers. The announcement of the new program just ends a small percentage of what was left from the old trading model. Customers that had $20,000 in balances were allowed 10 free trades before the announcement.

The overall strategy is to increase customers’ average balances and thus grow Bank of America’s total assets under management. Commissions have been falling already for a number of years, and very few trading only firms still exist as margins began to be squeezed in the emergence of online trading. In fact, Bank of America is somewhat late to the game as JP Morgan had already introduced free trading to its customers in 2018.

While the industry was already on the path to free trades, like many financial services, it was pushed along by rival startups eager to capture market share away from banks. In this case, the main company was Robinhood. Robinhood surprised the industry by acquiring millions of customers from traditional brand names such as Charles Schwab, and megabanks such as Bank of America.

As the banking industry continues to face transformation, banks will need to think through how to capture, and in many cases, keep market share while competition forces lowers or eliminates fees for traditional services.