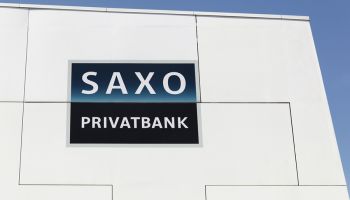 Danish bank Saxo Bank started the bidding for 2020 predictions calling it the year of the “disruption of the status quo.” The predictions cover everything from the UK economy to the United States election, but all would impact the lives of bankers in direct or indirect ways.

If nothing else, the predictions are bold and thought provoking compared with others in the sector. Saxo Bank is clearly predicting volatility to a point of economic whiplash in the year of 2020. Banking Exchange has highlighted eight of the predictions below, and has given short commentary on most of them. With a United States election for the ages, nobody can be too surprised at being surprised next year.

This would be a dramatic change to the uncertainty caused by Brexit and would ignite leave voters.

More than one analyst has predicted this is likely and is one of the global concerns.

The “mania” as Saxo Bank calls it, is tempered in the United States but it is at its all time high in Europe. While ESG certainly is important, from an investment strategy standpoint, it cannot live up to the hype.

This is a bold prediction, but likely considering the state of affairs.

Anything is possible in an election year.

Only if the market changes in the wrong direction. The majority of white women voted for Trump last round. That is the key vote that would move.

The most likely global disruption for the banking industry, this is not such a bold prediction. In fact, it is likely. The real question is what country comes next and how fast.