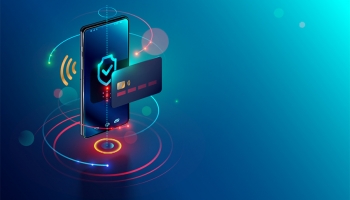 ‘Mobile wallets’ are expected to facilitate more than $1 trillion worth of transactions in 2020, according to data from Statista and LearnBonds.com.

The figure marks an increase of more than a third – 36.5% – in 12 months and demonstrates the rapid expansion of the use of mobile wallets – app-based digital replicas of payment cards.

The global total has increased dramatically in recent years and will continue to do so, with combined transactions forecast to exceed $2.1 trillion by 2023. Just three years ago the market was worth $368 billion, according to Statista’s data.

Users of mobile wallets reached 1.3 billion this year, a 13.5% annual growth rate, the data also showed. By 2023, this figure is expected to reach 1.6 billion.

More than a third (37%) of transactions were conducted by millennial users, aged between 23 and 38, while ‘generation Z’ users – aged between 7 and 22 – accounted for 25% of the market.

Apps such as ApplePay and Google Wallet (Android Pay) dominate in the US and Europe – together the two brands have 99% of the US and UK markets, according to Statista – while WeChat Pay and AliPay are the main players in China and Asia.

Although the US mobile wallet market is expected to grow to $116 billion this year, it is a distant second to China’s forecasted $793.6 billion. The third-largest market by total transaction value is the UK, with an expected $14.9 billion in 2020.

Other Asian countries also recorded high mobile wallet usage, with 54% of Indian consumers, 23% of Indonesians and 21% of South Koreans reporting having used a mobile payment method in the past 12 months.

China’s dominance in this sector is boosted by strong IT infrastructure and the population’s low take up of credit cards. Mobile payments are used by restaurants and shops, but also taxis, street vendors, and even street performers.

In contrast, Statista’s survey of US consumers found that 65% were “reluctant to try out mobile wallets due to security concerns”, while 13% said the shops they frequented did not facilitate such payments.

More than a quarter (27%) said they did not use mobile payments due to fears about losing their smartphone.