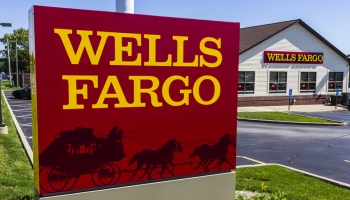 Wells Fargo is aiming to distribute $10 billion to small business customers under the Payroll Protection Program, according to a statement released April 5.

The total is equivalent to nearly 3% of the $349 million worth of PPP loans under the government’s support package for small businesses to help them through the economic effects of the COVID-19 pandemic.

Wells Fargo said its loans would focus on serving non-profits and small businesses with fewer than 50 employees.

It added that it had already received applications for the full capacity of loans. However, it was restricted in how much it can lend due to ongoing regulatory actions stemming from the fake accounts scandal, according to CEO Charlie Scharf.

“While we are actively working to create balance sheet capacity to lend, we are limited in our ongoing ability to use our strong capital and liquidity position to extend additional credit,” Scharf said. “Since I arrived at the company, I have been clear that we will direct all resources necessary to do the work required by our regulators and we are in the process of doing so.”

He emphasized that the bank had already provided “substantial credit and liquidity” to customers since the pandemic began.

This included extending nearly $70 billion in “new and increased commitments and outstanding loans” to individuals and businesses across the US.

Wells Fargo has also deferred more than 700,000 payments worth $1.8 billion and waived fees worth more than $28 million.

“We are committed to helping our customers during these unprecedented and challenging times, but are restricted in our ability to serve as many customers as we would like under the PPP,” Scharf continued.

“While all businesses have been impacted by this crisis, small businesses with fewer than 50 employees and non-profits often have fewer resources. Therefore, we are focusing our efforts under the Paycheck Protection Program on these groups.”

As well as focusing efforts on non-profits, Wells Fargo plans to distribute fees generated through the program as charitable grants to non-profit organizations supporting small businesses. This is on top of $185 million worth of charitable donations it has already pledged in connection with the pandemic.

In total, US banks have pledged more than $586 million in donations to regional, national and international non-profits.

Wells Fargo was fined $3 billion by the Securities and Exchange Commission and the Department of Justice in February. In addition, three former executives were fined by the Office for the Comptroller of the Currency, and fines were proposed for five other former senior staffers.