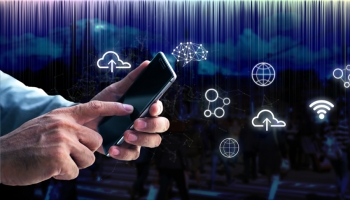 Only 6% of traditional banks are making a success of collaborations, according to a damning new report.

The World FinTech Report 2020 – published by Capgemini and Efma – highlighted that it was “essential” for incumbents to partner with disrupters to survive.

The report urged traditional banks to embrace “Open X”, which it said was the next step up from compliance-based open banking.

Through this greater exchange of data – to power product innovation and customer experience – traditional banks could become more agile and customer-centric “inventive banks”, it said.

Through a series of interviews with senior banking executives from around the world, the research found only 21% of banks were confident that their systems were agile enough for collaboration.

This has not gone unnoticed, with 70% of financial technology companies saying they did not see culturally or organisationally eye-to-eye with incumbents – with the process barriers of the latter proving particularly frustrating.

As a result, the gap between customers’ expectations and what traditional banks deliver has never been wider, the report said.

Anirban Bose, CEO of Capgemini’s financial services arm, said these trends would only be exacerbated by Covid-19 as businesses were forced to adapt in profound ways.

“Since we began this report three years ago, fintechs have moved from disruptors to mature players, and it is now essential for incumbent banks to consider them not only as formidable competitors, but as necessary partners of choice to meet changing consumer expectations,” said Bose.

“For traditional banks, failure is not an option; fintechs are fast to market yet ready to fail. Inventive banks with the willingness and capabilities to collaborate at scale and industrialise innovation are most likely to prosper within the shared ‘Open X’ ecosystem.”

Elsewhere, the report found that traditional banks were still failing to properly invest in their middle and back end operations, meaning complex (and often manual) processes were still being relied upon.

This meant half of customers felt they lacked a personalised relationship with their bank, with 48% of “new age” customers (Generation Y and the tech savvy) frustrated with narrow product and service offerings.

Research by consultancy firm Accenture in March predicted that traditional banks could lose billions in revenues over the next 3-5 years due to competitive pressures from challenger banks.