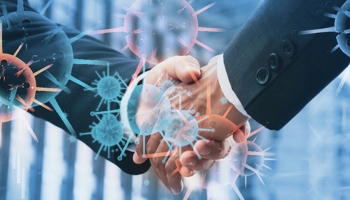 The COVID-19 pandemic is likely to set back merger and acquisition (M&A) plans in the US banking sector at least in the short term, according to a new report from Deloitte.

The global consultancy giant said in a special report that the effects on the financial strength of potential buyers would likely result in the postponement of companies’ plans to acquire or merge.

In particular, it highlighted that potential buyers of banks could be put off by uncertainty regarding banks’ credit portfolios. In first-quarter results, many banks increased their loan loss provisions, but the actual impact of the pandemic on corporate and individual lending is still largely unknown.

“While lower bank valuations triggered by recent events present an opportunity, a focused lens on M&A strategy with the right set of tools, teams, and processes to perform diligence, execute, and integrate will be needed,” the report stated.

Authors Matt Hutton, Jason Langan, Masaki Noda and Jai Shah said banks that were able to maintain deposit rates despite central bank rate cuts “should emerge as better-positioned acquirers” due to having a more attractive funding base.

Cash reserves, valuations, access to financing and a “very favorable” interest rate environment will be supportive to M&A activity, the report authors wrote.

In addition, banks needing to scale up their operations or enhance their digital capabilities were also likely to be important contributors in any increase in M&A. After banks across America have been forced to reduce in-branch services or close branches altogether, the need for digital banking solutions has become even more acute.

“The challenges COVID-19 has introduced and the heightening risk of a potential recession may drive strategic decisioning for banks struggling today as they look for the best shareholder value in the future, thus driving more potential sellers in the market,” the report stated.

“Bank boards’ resulting decisions – to be a buyer, seller, or an observer on the sidelines – will shape bank M&A activity in the second half of 2020 and into 2021.”

At the start of this year and before the coronavirus hit the US, PwC said the outlook for M&A in the US banking sector was “robust” – largely down to factors also cited by Deloitte.

While one deal – Texas Capital Bank’s planned merger with Independent Bank – has been abandoned as a direct result of the impact of the pandemic, several other deals have been completed during the past three months.