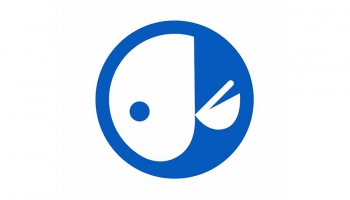 Fintech startup Jiko has acquired a Minnesota-based bank, making it the first technology company to be approved for such a purchase.

California-based Jiko completed the deal on September 3, according to a statement from the company, following approvals from the Office for the Comptroller of the Currency (OCC) and the Federal Reserve Bank of San Francisco.

It has acquired Mid-Central National Bank – formerly known as Mid-Central Federal Savings Bank – headquartered in Wadena, Minnesota. The bank has $123.7 million in assets, $111.8 million in deposits and $98.5 million in loans, according to its latest regulatory filing as of June 30, 2020.

Jiko’s customer offering – which has yet to be launched – is based on investing savers directly into US Treasury bills, rather than holding deposits. It plans to use proprietary technology to allow investments to “act as a liquid and spendable alternative to cash”, the company said.

“The past decade of fintech and online banking innovations has exposed new customers to our industry and demonstrated that innovation in the financial sector is needed,” said  Stephane Lintner, CEO and co-founder of Jiko, and an ex-trader at Goldman Sachs.

“People’s relationship to money must be fundamentally improved for everyone,” he continued. “One of Jiko’s primary goals is to give people what they deserve: more organic and direct returns, without intermediaries and unnecessary friction.”

The company said the combination of its technology with the newly acquired banking and broker-dealer licenses were the “necessary building blocks” to deploy its banking platform. It plans to launch a consumer-facing mobile app “soon”, it said in a statement.

Brian Brooks, acting comptroller of the currency, said the acquisition “represents an important milestone in the maturity and evolution of fintech companies seeking to expand the reach of their products and services by becoming banks, buying or combining with a bank, or continuing to partner with banks in other ways”.

Brooks also pointed to the approval of fellow fintech Varo Money for a banking license in June, saying the two events “should demonstrate the optimism and positive energy for consumers, our economy and the federal banking system”.

Separately, New Jersey banks Bogota Savings Bank and Gibraltar Bank are to merge in a deal expected to close in the first quarter of next year.

Bogota Financial Corporation, the holding company for Bogota Savings Bank, and Gibraltar Bank are to merge, with Gibraltar’s three branches rebranding as Bogota upon completion of the deal. Robert Walsh, president and CEO of Gibraltar, will become executive vice president and chief lending officer of Bogota.

Joseph Coccaro, president and CEO of Bogota, said: “This combination will be positive for both banks and ensures a stronger local banking presence throughout our communities.”

Gibraltar’s Walsh added: “We have always focused on our customers’ and communities’ needs. We feel the combined bank will be stronger than each was separately, allowing us to provide more services and convenience to our customers and the communities we serve.”

The transaction is subject to regulatory approvals and the approval of Gibraltar members.