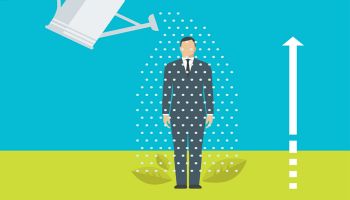 Big data remains a big deal in banking, and its essential corollary, data analytics, promises to transform the business positively in all the ways that matter: security, compliance, customer satisfaction, and, not incidentally, profits.

The problem that’s becoming increasingly serious: While tools for collecting, sifting, and sorting data become faster, cheaper, and better, people with the skills to decide how to make use of the results grow harder and harder to find.

One solution to this problem, slowly gaining traction, is as familiar as what professional baseball teams have done for more than a century—grow your own.

Search the web for “data scientist talent gap” and you’ll find many, many recent articles bemoaning the fact that the demand for data interpreters far exceeds the supply. Just one example:

The Accenture Institute for High Performance conducted a year-long study about the supply and demand for analytics talent in seven industrialized countries, including the United States. It found that, between 2010 and 2015, the banking industry could add 21,500 new analytics jobs across the seven countries, an overall expansion of 23% in that time period.

However, in three of the countries studied—the United States, United Kingdom, and Japan—overall employment growth in the industry would be less than 1% annually. It’s a result of the overall global economy: The potential for new jobs in analytics is there, but the propensity to hire due to other factors just doesn’t match up.

Accenture’s ultimate recommendation: “Banks should begin now to plan their strategy for finding the talent they need to compete and win.”

But there’s a critical disconnect…

Other studies indicate that even when companies do employ analytics, the results are extremely disappointing.

KPMG, for example, just released a global survey of 830 senior business leaders and found that, while 97% use data and analytics in their organizations, only 19% say they are very satisfied with the insights the analytics deliver. The biggest hurdles to instilling confidence in these insights, they say, are finding the right analytics talent and the ability to assess data quality and reliability.

All of which is a shame, considering the potential that effective data analytics promises. Just to recap, the Ingram Micro Advisor blog provides a nice list as applied to banks:

• Governance, risk, and compliance, including providing real-time feedback on how operations conform to policies.

• Operational efficiency, through breaking down data silos and providing a comprehensive, holistic picture of operations.

How to match needs and skills

Those are the goals, but you need talented people to achieve them, which brings us back to the basic issue. Research from MIT Sloan Management Review and SAS offers suggestions that could overcome talent-dearth barriers:

1. Adopt a plan to incorporate analytics throughout the organization.

“Taken together, the human resource practices of analytically mature companies have all the hallmarks of a plan,” says David Kiron, executive editor for MIT Sloan Management Review. “Companies that are less successful with analytics tend not to have a plan. Their approach to analytics talent is scattered and inconsistent.”

2. Project a strong and visible commitment to analytics.

One executive interviewed in the research said: “Talent can be drawn to companies where they can make a difference, but they don’t want to go someplace where they are likely to be frustrated in their efforts. Companies that traditionally have not given much weight to analytics may lack the intangibles that draw top analytics talent.”

Which gets to the main conclusion here: Instead of only trying to recruit from a small group of seasoned free agents, commit to beefing up your existing farm team. In other words, grow your own talent.

Chris Nerney, writing in a blog for Computer Sciences Corp., says it in so many words: “Analytics is an emerging field; thus it’s simply unrealistic to expect enough fully formed data scientists to currently exist to fill demand. This, however, doesn’t mean there is a lack of data science talent; rather, there’s a lack of trained data professionals.”

He goes on to quote Svetlana Sicular, Gartner research director: “Organizations already have people who know their own data better than mystical data scientists—this is a key. The internal people already gained experience and ability to model, research, and analyze. Learning Hadoop [the basic system used to parse big data] is easier than learning the company’s business. What is left? To form a strong team of technology and business experts and supportive management who creates a safe environment for innovation.”

But how do you grow your own?

Insight from the McKinsey Global Institute, which has thoroughly studied the analytics talent issue through surveys and interviews, provides an example, as related by David Court, a director in McKinsey’s Dallas office:

“A leading financial-services firm, for example, began by developing competitions that rewarded and recognized those teams that could generate powerful insights through analytics. Second, it established training boot camps where end users would learn how to use self-service tools. Third, it created a community of power users to support end-users in their analyses and to validate findings. Finally, the company established a communications program to share the excitement through analytics meet-ups, leadership communications, and newsletters.”

The MIT Sloan Management Review and SAS folks have much the same things to recommend:

• Look inside to tap internal talent—one big plus of developing analytics skills among current employees is that they already know the business.

• Focus on talent integration, not infusion—integrating new talent is a difficult but vital piece of the effort to gain value from analytics workers.

• Set up a buddy system—there are few miracle workers with every last necessary skill. It’s important to build complementary teams.

• Build a common core—make sure that you enhance the ability to consume analytical insights across the entire organization.

CSC’s Nerney makes a cogent final point: “The best professional sports teams aren’t built overnight. They rely instead on a process that requires a clear goal, patience, and an ability to spot talent. It makes sense to start with the talent right in front of you.”

Grow Your Own Data Scientists In 2015

KPMG Study Finds Widespread Adoption Of Data and Analytics Among Businesses, Yet Many Challenged To Derive Value From The Data

Getting Big Impact From Big Data

Tagged under Human Resources, Management, Blogs, Making Sense of it All, Feature, Feature3,