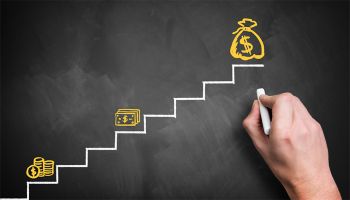 I used to work for a bank president who said, “You can’t pay a good person too much.”  That’s not a statement meant to be taken literally. But it’s an excellent guiding principle for executive compensation, especially today in the current banking environment of expanding asset size but contracting numbers of banks through consolidation and sale.

Bankers bring a deeper than usual view to executive pay issues. Commercial lenders, for instance, understand that as we are in the business of lending money to individuals who create wealth through their ownership and their management of capital assets that we are often financing for them.

The size of the boss’s pay package has been receiving much attention lately. I suppose it’s part of the presidential election process, and how the issue of “fairness” is viewed by many in an environment of relatively stagnant economic results.

• The inherent conflict with other stakeholders when we measure pay totally through financial goals of a short-term nature—in brief, the shareholder’s interests.

• The lack of understanding by the general public of the various ways that we compensate executives and managers.

When you blow away the smoke around the personal motivations of top executives, what’s on display is almost always a strong desire to attain financial success. We can measure this by several ways such as “the height of the pile” or the value added to a person’s salary prospects by a successful tenure in the job.

When a corporate CEO’s compensation is spoken of in reference to multiples of the compensation of the average worker in the company, the issue is then framed in terms of the exclusive interests of the shareholders. What about employees or customers or creditors or the general public? Who is looking out for them? And should it figure into the equation?

That also begs the question of how the value of equity-based compensation is determined. If an executive receives a grant of unvested options, there’s no real value in the award until the stock vests. Even the, it only matters if the market price of the stock exceeds the value of the grant, usually several years after the grant.

It’s very easy to toss around “big numbers.” But what does any of that mean?

A closer look at compensation variables

There are serious components in compensation plans, including pay comparability for similar jobs in similar industries. The managing of the affairs of a major corporation is a daunting job, so the compensation has got to be sufficient to attract and retain a qualified incumbent. That logically puts a floor under the salary, though it can allow for considerable upside. That takes the form of a bonus based on attainment of specified and agreed to performance targets.

There are also signing bonuses that can be in the form of cash or equity. A portion of these is often to compensate the executive for “walking away” from future increments to his unvested equity in the company he’s leaving. It’s a complicated process, and one that all boards of directors usually take very seriously.

And there’s one other important fact that we should all understand. Significant wealth, sufficient in today’s terms of a secure retirement, almost always means the ownership of substantial capital assets such as real estate, corporate securities, and/or vested interests in retirement plans of a defined benefit or a defined contribution nature.

Seldom is an employee, one of the “hired help” so to speak, able to amass significant financial resources by savings from wages net of federal and state income taxation.

In my own case of being recruited as CEO of a large community bank, the process was unfamiliar and the forms of compensation were limited.

The holding company’s stock was publicly traded in the sense of SEC criteria, but the market was thin almost to the point of being non-existent. And the ownership family’s share of the company’s equity approached 80%.

I was replacing a man who had run into a proverbial buzz saw with his board as well as the bank’s primary regulator. Yet it was not easy to convince the owners that I should be paid at least as well as he was. They were not experts in negotiating executive compensation—and I’d never been in a position to negotiate my compensation before.

In a sense, it was the blind leading the blind.

Frankly, I had two significant concerns.

First, I loved my present job and I was reasonably secure. (I still think of that job as giving me the most fun I ever had in my working career.) Second, I didn’t want to work for a bank that the ownership family might sell in the relatively near future.

Why should I expose my career prospects to an unknown (to me) ownership group?  I had no illusions about how vulnerable the top person usually is. While the risk can be acceptable—and to me in this case it was—there’s a price to put on that risk.

The same can also be said for the risk of a sale of the bank. A contract helped there, but my age at the time suggested that I had at least nearly 15 more working years. Employment contracts just don’t bridge that sort of a time frame.

I took the position. The real surprise to me, as I settled into the CEO job for the long run, was how different the job was from what I’d expected.

Some duties I’d expected—working out the bad credit, getting out from under an administrative agreement, and restoring the dividend. However, in time I found that the real job was repairing the relationships between and among the various and often-competitive stakeholders.

The myth of executive compensation lies in the notion of aligning the boss’s interests with the owners. Taking that view totally ignores the important roles that such other stakeholders play.

My job description described my duties one way but I spent my time quite differently in those first few years, resetting human relationships that had been badly frayed. The last nickel of net profit is a pretty small item when arrayed against issues like trust, confidence, morale, and community leadership.

We can’t leave this to politics

So, does my point stand, about the size of the compensation package?

I think it does. We demean ourselves when we take too narrow a view of what the CEO’s job really entails.

Banking is a great business and it’s been good to me. Yet I worry about how we select, recruit, and retain the best talent in the current environment where we are cast as greedy participants in a self-enriching process where money trumps every other measure and stockholders are supreme relative to the legitimate interests of others.

It’s time for statesmanship, not salesmanship. And enshrining pay issues in law and regulation is a very poor way to go about reforming a system.

More in this category: « No app can do what you do—in person Do you still not use the “UBPR”? »
back to top