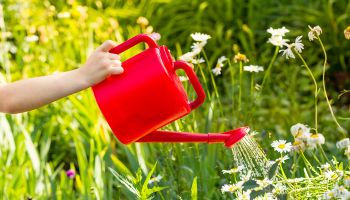 Several times a year I teach an ABA-sponsored online course in bank performance that is part of a four-course certificate program. The participants are mainly community bankers who are already at least a few years into their banking careers. These are people who are willing to work to enhance their skill sets.

Just last week I heard from one participant that her institution, a moderately sized community bank, has announced that it will no longer reimburse employees for the cost of these four courses.

This isn’t an isolated symptom. I hope such cost-cutting doesn’t grow, because it couldn’t be worse timed.

Me Inc.: in search of personal excellence

A few years ago, the Harvard Business Review published a study that found an increasing number of younger employees of large companies were identifying their occupations with their functional specialties rather than their employers.

This marked a significant and surprising change from past practice. Forty-odd years ago when I was asked what I did for a living, I’d say, “I work for The Bank of New York.” Sure, I was a junior officer in the bank’s Metropolitan Lending Department, but that wasn’t my reflexive response.

If I identify myself as first a lender, then it logically follows that my skill sets needed for advancement will be pursued and cultivated in a more deliberate way. What will improve my employability and my value will be a top-of-mind question.

In fact, the same Harvard study noted that to such individuals, the opportunities for continuing education and on-the-job training were becoming as important or more important than salary over a multi-year time frame. Increasingly one hears about less to no company loyalty among millennials, many of whom feel they were cheated by the system.

Our professional staffs are facing increasing complexity in their job descriptions, increasing employer expectations, and possess a heightened awareness of the skills that they will need to thrive and prosper as career bankers. Yet some employers seem unaware of the rising level of retention risks due to insensitivity or a lethargic response to employee expectations.

Keeping the brain cells from growing

Following the near banking collapse in 2009, banks became nearly obsessed with cost-cutting programs. For some, it was a matter of survival. But for others, it was simply good practice to curtail what had become excessive in the frothy atmosphere in the years leading up to the seminal event of that decade, the collapse of Lehman Brothers.

Strangely, at least to me, one of the primary areas of expense that went on the chopping block was employee training and education.

Some banks tightened the eligibility for bank-paid education, tying it more closely to the functional requirements of the position. Others treated training as simply another variable expense, one permitted to vary directly with revenue and, apparently, not uniformly valued.

For the many employees who consider training and educational opportunities on a par with salary improvement, this was a gut-punch. The traditional measure of employee dissatisfaction—voluntary turnover—did not reflect much of a change due to business conditions.

That masked for a time what really was for some banks a strategic error.

The fact that these were almost exclusively “big bank” problems became irrelevant.

In 2010, the Dodd-Frank Act was passed with its authorization of the Consumer Financial Protection Bureau. The regulator was rapidly formed and went to work crafting and implementing new requirements aimed at closing both real and imagined abuses by banks of all sizes. These measures included drastic changes to the ways that banks assessed overdraft fees and inevitably impacted all banks’ ability to generate revenue from service fees.

The fact that the banking public was in a state of both revolt and revulsion over such fees was something that was at least initially lost on many bank managements.

But it was not lost on a generation of ambitious bank staffers, those who value career growth through job knowledge and proficiency. Suddenly, in a period of less than two years, many training and education budgets were slashed and the reputation of banks and bankers was in tatters.

My story at the beginning of this blog is just one small part of the learning that might, or has, stopped going on. It is not unusual to hear community bankers at conferences speak wistfully of the days when they could pluck well-trained employees from much larger banks.

Who is training these people, then?

There’s a cost to every action

We’re living with the fallout now of such decisions, amid the signs that this largely self-inflicted damage is going to have significant profitability and reputational consequences.

Here’s the problem: The pressures on bankers to contain costs are real enough.

But where is the concern for the longer term? What sort of thinking produces this sort of result?

Discussion has gone beyond conference chatter. Industry experts are already expressing concern that many community banks are curtailing or eliminating formal credit training. Lending is one of any community bank’s premier business lines. Indeed, the promise of ancillary business lines hasn’t played out for all institutions. That makes credit, especially business credit, even more important.

Even with the trends that have emerged in recent years toward credit scoring and centralized underwriting, credit analysis and credit monitoring is not a process that can be sensibly or soundly automated to any significant degree.

The signs for community banking’s future prosperity are not very auspicious when viewed from the perspective of some managements’ employee development attitudes.

Ask yourself these questions:

• How are we to retain already restless professional staffs?

• Where will future talent come from?

• How long will it take to refurbish banking’s reputation, if indeed the industry can ever be fully rehabilitated in that sense?

• How do we respond to the legitimate aspirations of our staffs that realize they are primarily responsible for managing their own career development?

We have enemies, obstacles, and brand-new competitors who capitalize on technologies that did not exist a few years ago.

Probably all businesses, not just banking, have similar challenges.

But why do so many of our problems originate from within?

More in this category: « Risks of a compliance mentality Loose lips sink customers—and bankers »
back to top