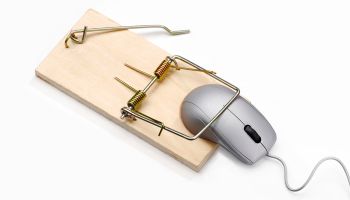 Secretary Clinton’s use of a private email server brings attention to some very significant issues for commercial bankers in their customer contact relationships. What is at once such a useful and convenient business tool may be also a ticking time bomb for many.

The paradox that I see in the news this week is just how different the problems are for the former Secretary of State as opposed to many of us who are commercial lenders. Mrs. Clinton, it’s widely asserted, used a private email server to give her control over access and use of information generated in the course of her duties. If her critics are to be believed, convenience was only a part of it.

For bankers, the revelations contained in many of their own email exchanges that come to light in litigation create a complete loss of control of the narrative. I’m speaking with the perspective of a dozen or so years of expert witness work, largely of a lender liability nature.

Control and credibility of that narrative is frequently the subject of intense controversy. Why? Because narratives are often first constructed by plaintiffs in litigation with the bank.

“You talk too much, you worry me to death”

It’s my judgment that bankers over-communicate through email.

I’ve spent days of my life sifting through email chains between bankers and customers in relationships that have turned adversarial. Many times I’ve visibly winced at a banker’s choice of words, or tone, or characterization of certain facts at issue.

We just “talk” too much via email. My advice—button up.

• Factual issues are those of who said what to whom and who did (or failed to do) this or that.

It continues to amaze me, in various media reports over recent years, how individuals involved in collective sorts of wrong-doing freely discuss their “crimes” in emails with each other.

Generally, legally, factual issues are usually the easier of the two categories to resolve. Eventually the parties can usually pretty well determine the facts.

• Social issues are the ones where an independent reader (generally one not a party to the original conversations) develops subtle or even pronounced antipathy toward the author of the email.

Emails should never be repositories for gossip or snarky sorts of comments and observations. They are an inappropriate medium for transmittal of prurient humor or condescending or insulting comments about co-workers, customers, or prospects.

Think: “How will this play with the jury?”

The whole subject of what belongs in an email is one of continuing importance, even if all one cares about is covering their own tail.

We are in the mature phase of what is already one of the longest business cycle recoveries of the post-World War II period. How much longer will it last? How much longer can it last with the new and unexpected issues raised by Brexit?

We should always assume that everything written in an email will see the light of day at some point.

Do we need to say this or that? Is it accurate? Does it reflect well on me and on the bank?

Any hesitancy or doubt about the communication itself or its tone is reason enough not to send it.

When I was a kid growing up, the biggest time waster in the eyes of most parents (and certainly my own) was time spent on the phone. Some days, I’d no sooner walk into the house from school and someone whom I’d left only 20 minutes before would be calling to continue some “important” conversation. This was before cell phones so it was pretty hard to conceal an extended phone conversation.

Today, it’s Facebook or one of the other social media vehicles as well as cell phones that compete for our leisure time. Much of this communication is not necessary or even healthy, as many parents understand.

Yet we as parents over-communicate at work all the time with email. So many of our exchanges are not necessary and can contribute to misunderstandings. Much of what we say would be better left for face-to-face or telephone conversations.

We try to be funny, or cute, or clever. And we often fall far short of our intent. Yet the record remains—banal at best and incriminating at worst.

Some may feel that I am exaggerating my points about the dangers of emails. I can assure you that some things that I have seen as an expert witness confirm my statements and concerns.

Email suffers from two serious faults: It is almost too easy to use and it is almost always used too informally.

Efforts to document understandings with customers should never be casual or just afterthoughts.

Emails are not proper venues for kibitzing or foolish exchanges.

We have been through a period of economic recovery that seems to have been characterized by a virtual blizzard of litigation. If history is any guide, we are about to make another transition and such transitions often result in increased opportunities for litigation.

I urge everyone, but especially lenders with significant account handling responsibilities, to use email more carefully. We should recognize that this current age is characterized by a compulsion to over-communicate.

Recognizing the concurrent modern tendency to litigate creates an environment of heightened risks. Bankers of late have done enough damage to our industry’s reputation risk that we should deliberately concentrate our efforts at lowering our litigation profile. And that should also mean a more disciplined use of email.

More in this category: « Is the banker obsolete? Do we believe in our internal controls? »
back to top