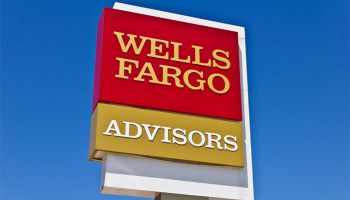 Business is very demanding. Just as we’ve seen in big-time sports, you can do it the right way, or you can cheat.

We’ve asked several Banking Exchange bloggers and other contributors to examine the Wells Fargo affair from the vantage of their areas of specialty. With this entry in our series, Editor & Publisher Bill Streeter weighs the long-term thinking banks can take from this episode.—Steve Cocheo, executive editor and digital content manager

The orgy of outrage over the Wells Fargo scandal may have spent itself relatively quickly, or may continue for months. Nobody should be surprised at the public outcry nor certainly the political reaction. Considering that the story was broken by the L.A. Times in 2013, there’s more than a whiff of politics in the air regarding the timing of the settlement. And what an incredibly inviting target Wells is for the anti-bank crowd. Those folks haven’t wasted the opportunity despite the fact that this is one bank and the scope of the misdeed is hardly in the same league as what happened in 2007-8.

Don’t take that as defending what happened at Wells. The bank stumbled badly, whatever the ultimate cause. Over a million customers were affected by accounts created without their knowledge or permission. The problem was known about for years and attempts were made to correct it. But still it went on. Fraud was committed, customer trust was breached, and it is a scandal.

The result is a venerable institution dragged through the mud, a black eye for banking (which doesn’t need another one), and a stigma now carried by the tens of thousands of Wells Fargo employees who do their jobs well and properly. Last, but not least, as sure as the sun rises and sets, this will lead to dozens of proposed new rules and regulations, some of which may eventually be enacted and added to the current crushing total.

So, what can we learn from this? See if you agree with the following and suggest some of your own—send me an email.

1. Integrity first. As a leader, be clear in your mind about whether you are going to run a business (or a department) based on integrity. Even if this is truly your intent, be on guard to the pressures to stray from that due to the demands to “do more.” Business is tough and demanding and goals are part it. But just as we’ve seen in big-time sports, you can do it the right way, or you can “juice it.”

2. Constantly check. Recognize that the same pressures apply to everyone within an organization—to varying degrees, naturally, depending on their position. Never assume that people who work for you understand that you expect them to do the right thing. And never assume that even if they do understand it, they will always do it. Question and check frequently. Ask yourself, “Do I know what’s happening in the trenches?” Is the chain of communication functioning and encouraged?”

3. Be careful what you pay for. When it comes to incentives, whatever you reward is what you will get. For some people, money will always trump best practices, rules, laws, and principles. Dangle too much in front of them—or, conversely (as seems to have been the case in parts of Wells’ retail operation) set unrealistic goals and bully people into making them—and you will get unacceptable behavior.

4. Sell, but do it right. Cross-selling is not a “worst practice.” There are countless examples both in and out of banking where customers benefit from buying something additional to what they originally wanted. They can say “no.” But of course there is potential for abuse here if the mix of incentives and goals is not in balance and closely monitored, including listening to customer complaints. It’s not enough to simply say, “We only sell customers something they want.” Wells Fargo’s management missed the mark here.

5. Take responsibility. The culture within too many businesses today, large and small, does not encourage responsibility—rather, it fosters covering up and deflecting blame. This is a cancer that extends well beyond the business world. At least within one’s own sphere, changing that should be the highest priority.

Doing the right thing may get you, or people working for you, fired (there have been reports of this happening at Wells), may prompt ridicule, or cost you a bonus. It can take true courage. It can take true courage. But consider the alternative. Turning a blind eye to wrongdoing or doing too little too late eventually catches up with you and the results will be far worse.

More in this category: « 6 qualities that defy time Change is in the air »
back to top