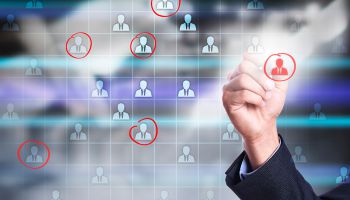 J. P. Morgan recently agreed to pay approximately $264 million to settle corruption charges arising in connection with its investment banking activities in China and Hong Cong. The bank settled an action brought by the Securities and Exchange Commission concerning how the bank sought influence with Chinese officials in awarding lucrative investment business deals by hiring government officials’ family members as employees and interns. The charges were brought pursuant to the provisions of the Foreign Corrupt Practices Act.

According to media reports, during the nearly ten-year period between 2004 and 2013, bank officials bypassed normal recruiting and hiring practices to employ as many as 220 interns and full-time staffers who were family members of high-value customers or prospects. The objective was to favorably influence the award of lucrative investment banking business from up to 20 state-owned agencies and enterprises.

Within the bank this effort was referred to as “The Sons and Daughters Program.”  The individuals so hired were informally dubbed “princelings” within the bank.

What to make of this?

Looking back to earlier days

When the SEC investigation relating to J. P. Morgan first became news several months ago, I wondered what the fuss was all about.

I remembered my days in the Loan Officers’ Development Program at The Bank of New York, where I worked among a group of perhaps 15 or so credit trainees, exclusively men, who had been explicitly hired into the bank’s lender training program. While I’ve long since lost track of most of these people, I do recall that all of us, myself included, were qualified to be there.

Yet, the bank often hired the sons of important friends and customers. My best friend from those days, and a close friend still, was the son of the syndication partner of one of the leading Wall Street investment firms. Another was the son-in-law of a partner of a major investment house. And another was the scion of a wealthy Philadelphia Main Line family that was extensively served by the bank’s trust department.

Each of these people had first-class educations, as well as impeccable social credentials. They were sons of actual or potentially important banking business. Harvard, Princeton, Wharton, and a number of other first-class colleges and universities were represented among those young men.

In my own case, I was the son of an elementary school teacher and a state civil service worker in Massachusetts. My own pedigree was not nearly as lofty as some, but consisted of a newly minted MBA from Columbia.

At least as the expression went, I considered myself to be “long on pedigree” though maybe a bit short on “dog.”

One of my colleagues at both Columbia and later at the bank was the son of the president of a small but prestigious liberal arts college. The bank’s CEO was an alum of that school.

I remember my coworkers as bright, funny, hard working, and very ambitious. Why wouldn’t a bank such as mine hire from among the family members of its customers so long as they were otherwise qualified?

And qualified they were. I heard about some of them in later years and there were several very successful people in that group but interestingly, only one who ultimately became a senior officer of the bank.

Some of the descriptions of Morgan’s Asian hires were amusing and about as far removed from my own BNY experience as they could be.

One Morgan banker was asked about the performance of one of the “princelings,” who was the son of a highly placed member of a state agency. The banker was told, “He has a napping habit that would be an eye-opening experience” for the people in New York.

Another princeling was described in an email as being a “nice guy but not a natural hire” because of his weakness in accounting, modeling, and interpersonal skills.”

The bank was very serious about the hiring program for the lucrative business that might ultimately be involved, as these comments seem to imply.

The SEC complaint and related news stories spoke about efforts to expand the program and the creation of spreadsheets to monitor the value of the business attracted. But as often happens where incentives and related consequences are not thought through or monitored, emphasis was placed on expanding the program and the bank’s own internal emails detailed the specifics of the violations that were specified by the SEC charges.

Do people ever think first?

I think programs such as these reflect how hard it is to set a proper tone of compliance and probity. The pressures to promote and achieve tangible business results are inordinately high where the rewards for success are commensurately high.

These seem by no means to be isolated results among financial services companies occurring at a time of heightened scrutiny and political and regulatory concern about corporate cultures. All companies should anticipate a bright, harsh light on actual and potential conflicts of interests and compliance with law especially in high margin business lines.

It’s not necessarily clear that such infractions have any relationship to Dodd-Frank and the current hope of many in our industry to roll its impacts back somewhat. Nonetheless, inappropriate activity has the potential to place in jeopardy any meaningful reform of Dodd-Frank in the new Congress.

More in this category: « Election’s over, but economy lingers Is banking ready for a resurgence? »
back to top