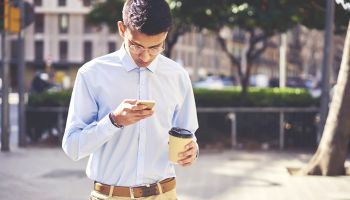 A new generation will take financial services into the future. In the new blog "Next Voices" a rotating group of bloggers of the younger generation will share what they are learning, thinking about, and doing. Proposals from guest bloggers are also invited. Please email [email protected]

The “Millennial Challenge” remains one of the top concerns of the banking industry, as companies realize their traditional methods no longer attract the tech-savvy generation.

As a consulting firm, we often hear the top executives of community financial institutions lament their struggle to appeal to millennial customers. They feel the pinch as older customers die and younger customers fail to take their place.

In addition, financial institutions—both large and small—aren’t attracting millennials as employees. Many executives that we speak with fear the retirement of their top executives. They feel they don’t have talent to replace them.

They perceive that the millennial generation lacks the work ethic and drive to become adequate replacements for retirees. They say the younger generation is self-absorbed and unwilling to take responsibility. They conclude, how can financial institutions fill the gap retiring employees leave with such poor prospects?

As a millennial, I have to ask…

Why on Earth would a Millennial want to work for you when you hold such a bleak perspective?

If you cannot even pay a millennial to remain with your organization, what makes you think a millennial will give you their money as a customer?

Looking at the job scene

“Millennials are just job hopping around because they are never satisfied with their employer,” you say.

Well, that’s partially true, but the generations before millennials move around, too.

Also this contrarian finding: A Pew Research Center study found that millennials are remaining with their employer just as long—longer, even—than young adults in the generation before them, Generation X.1

The same data does not exist for older generations, but similar information is available. In 1998, the Bureau of Labor Statistics released information regarding employee tenure that had been collected periodically from as far back as 1983.2 In January of 1983—the Baby Boomer generation of young adult workers—the median tenure with their current employer was 1.5 years for 20- to 24-year-olds, and 3 years for 25- to 34-year-olds.

A 2013 survey conducted by Millennial Branding and Beyond.com found that 60% of Millennials left their job in less than 3 years.3

Between the ages of 18 and 48 Baby Boomers reported an average of 11.7 jobs, with nearly half of those jobs being held at the formative ages of 18 to 24.4 In a 2012 Wharton article, management professor Adam Cobb claimed this shift in employee tenure began in 1980 when healthy companies laid off workers and cut employee benefits to increase shareholder value.5 Workers did not fail to notice their employers’ “me and money first” attitude and chose to adopt the same mantra.

This data indicates that millennials are no different than the young adults of the generations before them.

Young adults tend to move around as they gain experience and discover bigger and better opportunities.

So why is millennial “job hopping” being blamed for financial institutions’ inability to attract talent when their behavior is so similar to two generations before them?

“Alright,” you might say, “so millennials really aren’t that different than my own generation in their tendency to switch employers. But even if they do manage to secure a job, they’re lazy!”

GfK conducted an online survey in 2016 of American workers age 18 and older who hold full-time jobs and receive paid time off from their employer. The study found that 43% of millennials met the definition of a “work martyr” compared to 29% of total respondents.6

A work martyr is someone who finds it difficult to take their paid vacation time because:

• “I want to show complete dedication to my company and job.”

• “I feel guilty about using my paid time off.”

In fact, 48% of Millennials thought it was a good idea for their superiors to view them as a work martyr, compared to 39% of Generation X and 32% of Baby Boomers.

Additionally, 35% of Millennials think they should be seen by their co-workers as work martyrs compared to 26% of Generation X and 20% of Baby Boomers.

Identifying as a work martyr is not a good thing for mental health. Work martyrdom has been shown to increase stress levels at both work and home. This study shows, however, that most millennials are not the lazy, spoiled, and entitled individuals that many make them out to be. They strive to perform well at work, and they want their superiors and colleagues to know it.

A survey conducted by Corporate Executive Board shows that 58% of millennials compare their work performance to that of their peers, compared to 48% in older generations. Additionally, 37% trust only themselves to complete a work project, compared to 26% of other generations.7

In fact, nearly 70% of managers who participated in an Elance survey said their millennial workers possess skills older generations do not, and 60% say millennials are quick learners.8

Evidence suggests the label “lazy” cannot be applied to the entire millennial generation. Most prove themselves as hard workers who strive for excellence and compete with their peers.

Sure, there are some duds in the millennial workforce bucket. But can any generation say they are free of greedy, lazy, careless, or incompetent individuals?

I don’t think so.

But let’s get real.

With all this evidence surrounding you that millennials are not the blight on society you perceive them to be, it’s sure starting to sound like you found yourself a scapegoat.

Have you considered that the problem is your organization?

According to the 2016 Deloitte Millennial Survey, 66% of Millennials expect to leave their current employer by 2020.

Why? 71% of those likely to leave said they are dissatisfied because they feel their leadership skills are not given an opportunity to fully develop.9

In another study by Clark University, 70% of millennials said they have not made as much progress in their careers as they had hoped. They ranked “having a job I look forward to going to each day” as their number-one ideal career attribute, followed by a high salary and “makes the best use of my talents and abilities.”

59% would take a lower-paying job if they could do something they love! 58% of millennials surveyed also admitted they would probably have to switch careers multiple times in order to keep up with the shifting economy. 10

So, it looks like the keys to keeping millennials in your workforce is providing them ample opportunity to grow, allowing them to do what they love, and compensating them well.

To that you might say, “I’m not bending to the will of a bunch of demanding millennials!”

Turns out boomers, Gen X, and millennials have the same long-term career goals, according to a report from IBM’s Institute for Business Value.11 According to the report:

• 17% of millennials want to achieve financial security, compared to 16% of Generation X and 18% of Baby Boomers.

• Across the board, 18% of millennials, Xers, and Boomers wanted to become a senior leader at their organization.

That’s only 3 out of 10 goals the survey asked about—and all 10 revealed no significant difference between millennials and older generations.

Time for an attitude change

Bottom line: Millennials in the workplace are just like the generations before them.

They want the same things you wanted as a young adult. Those wants are nothing new. Millennials exhibit the same workplace behaviors that employees have adhered to for nearly four decades.

So, when grappling with today’s talent hunt, ask yourself this question:

5Wharton. “Declining Employee Loyalty: A Casualty of the New Workplace,” University of Pennsylvania, last modified May 9, 2012, accessed May 3, 2017

More in this category: « What’s wrong about millennial credit scores 6 steps to take away from extinction »
back to top