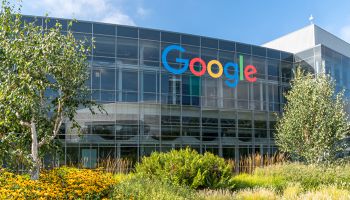 The recent Google “flap” regarding diversity within the company—and the firing of a male staffer for his controversial memo challenging management’s attitudes and practices on that subject—have virtually assured that workplace diversity will be an urgent topic for the foreseeable future. Harvard is also in the news, for possible discrimination against Asian students in its admissions practices.

So diversity as a concern is not limited to the for-profit workplace. Nor is it necessarily simply a matter of gender.

Chewing over this recent news led me a couple a different places, and to a conclusion far from Google, and right in our industry’s own backyard.

The first place: The Google incident has caused me to think about the number of women lenders I’ve worked with or managed over a long lending career. There haven’t been very many.

In one sense this reflects that there’s probably been some gender discrimination at some level, whether conscious or not.

Women may face a situation of double jeopardy. There may have been historical resistance within the bank to women in such roles. And perhaps there has been a reluctance of some corporate borrowers to deal with a woman lender.

A strong performer I knew

When I got to Oklahoma City several years back, after the big oil price decline of the 1980s, my bank employed three or four woman lenders as account officers.

As chairman of the senior loan committee, I had the opportunity to work with all the lenders. But one woman who I worked with handled a portfolio of energy-related credits and had under her management quite a large portfolio.

This young woman (she was probably 35 at the time) was highly respected for her credit ability by her peers and bosses. And she was admired by her customers, whom she served as well as any man could, from my own observation.

It’s not that she could do “a man’s job,” but, rather, that she could perform the duties in her job description. She simply did them her way, which, for her, was a “woman’s way.”

But what does being a good credit analyst, a good listener, a hard worker, a fluent writer, and an articulate advocate for both the bank and her customers got to do with gender in the first place?

Fortunately, most bankers I know try to be fair-minded people in the full range of their human interactions. So I can’t honestly say I’ve been personally aware of any overt gender discrimination in the lending workplace.

I’ve met many women entrepreneurs and banked some of them too. As hard as lenders look for bankable deals these days, I can’t imagine that gender discrimination toward customers is a significant factor in banks today.

But there is a compelling reason why bankers must be sensitive to gender issues:

There is only anecdotal evidence, but there is strong likelihood of a growing problem on the lending side of the house: Many young people of both genders have a diminishing interest in a banking career.

This has also begun to impact employee retention, with many young staffers expressing doubt about any long-term affinity toward a lending career. The origins, in my opinion, are found in the clouds of reputation risk that have enveloped our industry in the last few years.

CNBC reported the other day that misbehaving banks have paid $204 billion in fines since 2009 in 175 settlements. The site’s article noted that there are 288 cases still pending, so that dollar total is likely to climb.

And there are still new revelations and accusations from recent issues, such as the two recent major scandals involving Wells Fargo. It just keeps coming.

Bernie Sanders’ disdain for the industry, with his oft-stated campaign comment, “The business plan of banks is fraud,” is also a contributor to the reputation risk that has directly and indirectly tarnished the entire industry.

It used to be that banking was an occupation that shared the attributes of trust and respect with other professions, such as physicians and the clergy. Although many community bankers, with their close personal and business ties to their hometowns, still enjoy the esteem of their neighbors, the industry retains reputational blemishes.

These are societally based issues and not totally within our means to individually control or contain. But the strategic implications, while relatively muted, at present are nonetheless real.

Women aren’t a challenge, but a solution

So, we are experiencing a shortage of skilled lenders. With credit risk being the largest single-risk category in banking, how are we going to do an adequate job of properly staffing our institutions in the coming years?

Lenders are retiring and leaving the business for “greener pastures” or out-of-career dissatisfaction. We aren’t able to fill the pipeline of known staffing requirements over the next few years.

One way to improve this situation is to make lending a more attractive career path for educated young women.

I’m not suggesting a formal “affirmative action” program, as I personally feel that such an approach has significant potential to create subtle discriminatory practices.

But can’t we make lending departments look less like a “men’s club”?

Go out and get ‘em

Many years ago, as a lender in Midland, Texas, I participated extensively in a “town to gown” approach to major universities in the state. Midland is in some respects a remote city (approximately 300 miles either way to Dallas or El Paso) so attracting young, college educated talent was a challenge.

We cultivated business professors at schools such as Texas Tech, UT Austin, and Texas A&M. This drive was hard work and labor intensive. But we managed to land some attractive, newly graduated talent that likely would have gone somewhere else.

Is it time to be doing such things again in a concerted way with an outreach equally focused on candidates of both genders? What would such an initiative look like?

I don’t know the answer to these questions. But I do know that our talent pool is limited and seems to be shrinking. This is a strategic issue that needs much more attention than it seems to be getting. By thinking more comprehensively about such issues perhaps we can make progress in dealing with a broader range of our human resource challenges.

More in this category: « How well can you tell a story? Ethics of the “last mile” of bank service »
back to top