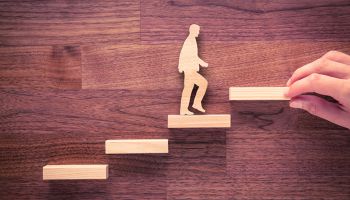 Yes, boards ask CEOs to leave, or outright fire them. Sometimes leaders give up bonuses or more on the way out. But Dudley was talking about suffering some pain in place.

Dudley made this suggestion in a March 26 speech in which he reviewed at length the many issues of questionable practices that took place before, during, and after the financial crisis. He also spoke of the legislative and regulatory backlash that has accompanied every instance, from questionable repurchase agreement practices at Lehman Brothers to the LIBOR manipulation scandal to the ongoing revelations concerning improper sales practices at Wells Fargo.

Dudley said that a “possible reform could involve putting a greater onus on senior management for the costs incurred from regulatory fines or other legal liabilities, rather than on shareholders alone.”

“Shareholders should not be shielded from such costs and fines—as they may have also profited from associated gains—but it doesn’t seem fair or prudent to shield the decision-makers from responsibility for costly breakdowns as much as they are now,” Dudley continued.

Dudley said that greater personal liability could be a “powerful incentive to promote better behavior.”

He said that more emphasis on having higher-ups feel the impact personally of their institutions’ misdeeds could change their behavior.

Possibly, he said, this “would lead senior managers to encourage their staff to speak up earlier about emerging risks, be more attentive when red flags were raised, and respond sooner and more forcefully.”

A related idea of Dudley’s concerned compensation structure for banking executives. He noted that the typical package consists primarily of cash and deferred stock grants.

“The emphasis in compensation practices on short-term performance over longer-term sustainable returns was a key vulnerability revealed during the crisis that helped motivate imprudent behavior,” said Dudley. He pointed out that the current mix of cash and stock grants encourages behavior that boosts stock prices, rather than actions that minimize the risk of bank failure.

Dudley suggested that more deferred income take the form of long-term debt. This, he said, “could better align senior managers’ interests with the long-term safety and soundness of the firm.”

Dudley elaborated on this idea. He said that if total loss-absorbing capacity debt holdings, including those used for compensation, were at risk of conversion to equity in the event of failure, behavior would change.

“I believe senior bankers would be incentivized to cut dividends or raise equity capital earlier to reduce the risk of failure,” said Dudley. He said some banks had experimented with this concept. He said a regulatory push might lead to more such experimentation and overcome banks’ worries that talent would go to institutions sticking to traditional pay schemes.

“Having a regime in place that creates strong incentives for management to steer aggressively away from bad outcomes would be better than one in which management has incentives to temporize in the face of rising risks,” said Dudley.

Nothing soft about culture

More broadly, Dudley spoke of the importance of corporate culture. He said that while regulation and supervision play important parts in maintaining a safe and sound banking system, they aren’t sufficient.

“They need to be supplemented by bank management that pay close attention to incentives, conduct, and culture,” he said.

Dudley suggested that banks examine how heavily conduct is considered in evaluating staff.

“For example, how are compliance violations treated in compensation and promotion decisions?” he asked. “Are incentives in place to encourage people to speak up early, when problems are smaller and more manageable? When employees do speak up, how are they subsequently treated?”

Dudley said some consider culture to be a soft topic.

He disputed that. “The financial penalties associated with misconduct are anything but soft,” he said, “with bank fines since the crisis estimated at more than $320 billion as of year-end 2016.”