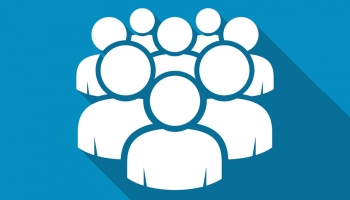 The appointment follows the resignation of Thomas Lopp in May, in the wake of problems with Sterling’s Advantage Loan program that are still being investigated by regulators. The bank announced a first-quarter loss of $27.8 million, including the impact of the COVID-19 pandemic.

Benjamin Wineman, chairman of the special committee of independent directors of Sterling Bank, said: “We believe Tom is well-positioned to lead Sterling through its current regulatory and operational challenges while providing clear strategic direction during these difficult economic times for the Bank and our customers.”

O’Brien admitted he had not actively sought the position but said he had seen the company’s “firm commitment” to undertaking the remedial work necessary to successfully resolve the regulatory enforcement action against the bank and ongoing government investigations, repair the bank’s reputation and address forthrightly the multiple issues from the past”.

O’Brien is currently a consultant to Sterling’s board of directors, was previously vice chairman of New York City-based Emigrant Bank until March this year.

He has led several US banks as president and CEO, including Sun National Bank, State Bank of Long Island, Atlantic Bank of New York and North Side Savings Bank. O’Brien has also served on the boards of Bank United and North Fork Bank. While at Atlantic Bank he oversaw its acquisition by New York Commercial Bank in 2006.

He joins from Equifax where he was international CIO for Equifax, responsible for technology platforms across the company’s 23 locations around the world. He also served as interim global CIO following a major data breach 2017, leading the group through a cybersecurity overhaul. He previously worked for PayPal, Bank of America and General Electric.

Until April 2019, Sommers was CEO of JPMorgan Chase’s wealth management arm, overseeing its private bank and brokerage businesses. He was also previously CEO of its consumer bank, Chase Wealth Management, and JPMorgan Securities. Sommers has also worked at Bear Stearns and Goldman Sachs in its asset management division.

Customers Bank – Daniel Park has joined Customers Bank as senior vice president and treasurer. He was previously managing director for planning and strategy for the Americas at UBS.

In his new role, Customers said Park would establish relationships business leaders to ensure the treasury arm “is effectively delivering funding solutions to the bank’s clients”. He also has oversight of relationships with regulatory stakeholders and risk management.

Umpqua Bank – Tory Nixon has been promoted from chief banking officer to bank president, the Oregon-headquartered bank announced in June.

The bank said the appointment was part of its “increasing focus on serving the small and middle market businesses that are such a critical part of local economies across the West Coast”.

Nixon helped launch Umpqua’s corporate banking division and recently oversaw the bank’s participation in the Paycheck Protection Program, which saw it facilitate $2 billion worth of loans to nearly 14,000 businesses.

Reliant Bank – John Wilson has been named president of the bank and its parent company, Reliant Bancorp. He succeeds DeVan Ard, Jr who will continue as chairman and CEO.

Bill Fitzgerald has been appointed chief risk officer, joining from Carr, Riggs and Ingram where he was an audit partner.

CEO Gary Head said Riendeau would be responsible for finance and accounting activities and “providing and supporting strong strategic leadership”.

Riendeau has worked in senior roles in a variety of industries, most recently at marketing agency Collective Bias where he oversaw infrastructure and finance operations.

Coletti joined M&T in 1985 and has held several leadership positions within the retail and business banking divisions. She was appointed CHRO in 2015.

Flagstar Bank – Michigan-based Flagstar has named Reginald Davis as president of banking. He joins from Truist where he was head of business banking, and has previously held senior roles at RBC Bank USA and Wells Fargo.

In his new role, Davis will be responsible for commercial and industrial, middle market, and warehouse lending, among other areas, Flagstar said.

Green Dot Bank – Greg Quarles has been appointed chief executive officer of California-based Green Dot Bank. He joins from American State Bancshares where he was CEO, and has also worked as CEO at H&R Block Bank.

Pepper joins from UFS Bancorp & Unibank for Savings where he was president and CEO. He has also worked as commercial banking president at Equity Bank in Kansas.

Curry was previously managing director for the risk and finance advisory practice in Deloitte’s banking and capital markets group.

He joins after a 20-year career with Janus Henderson where he was global head of marketing technology strategy and execution.

He has held several executive positions at Texas banks, including Bank of America, BBVA/Compass and Texas Capital Bank.

In her new role, she will oversee “talent acquisition, talent management and leadership development programs”, the bank said. She joins from Texas Capital Bank where she was head of human resources and talent strategy.

Investar Bank – Darryl Bercegeay has joined Investar as chief information security officer. He will be responsible for leading data security and cybersecurity operations at the Louisiana bank.

Bercegeay previously worked at Crescent Bank & Trust for the past seven years in information security roles.

Community West Bank – The Californian bank has appointed a new chief risk officer and made three promotions to its senior leadership team.

Community West, which is responsible for $925 million in assets, announced last month that Brian Schwabecher had been promoted to chief banking officer, while Bill Filippin has been appointed chief credit officer and chief administrative officer.

She replaces Jim Seitz, who has been elected vice chairman of the bank’s board of directors and is due to retire next year. He was elected president in 2012 and took the same role at its holding company two years later.

Short has served as 1st Source Bank’s chief financial officer since 2013 and will continue in this capacity, the company said. She has worked at the bank since 1998.

His most recent position was as chief corporate development officer at S&T Bank. He has also held senior positions at Sterling Financial, PNC and Integrity.

One of his first responsibilities will be helping recruit staff for York Traditions Bank’s first full-service branch in Lancaster County, which is now scheduled to open next year.

Siryani joins from Citibank where she was a branch manager in Westlake Village.

Michael Helmuth, group managing director, said the hire was “an important step in expanding our local presence as well as supporting the bank’s overall growth in the Southern California market”.