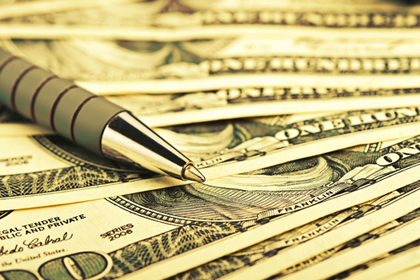 The most recent Financial Institutions Compensation & Benefits Survey by Crowe Horwath LLP indicates that incentive compensation is not being used as effectively as possible in the commercial lending function. The survey findings (see the end for survey background) also suggest significant opportunities exist for motivating higher performance through the use of financial incentives.

With financial institutions experiencing margin pressure and slower growth, achieving higher return on investment and growth from commercial lending is a management imperative. Better use of incentive compensation, through motivating and recognizing higher performance, can be an important tool in achieving this goal.

Comparing survey responses from 2008 and 2012 provides insight into the recession's impact on variable compensation for key positions.

Although total average staff size remained relatively stable, the composition of the workforce changed. The average number of people employed as "staff commercial lenders" doubled between 2008 and 2012, and the number of commercial loan officers increased by roughly 25%.

On the other hand, the average number of commercial loan processors and administrative assistants dropped by more than 30%--probably reflecting the growing use of software that allows officers and lenders to perform administrative functions themselves.

There was a general decrease in the role of incentives as a percentage of total compensation. For staff lenders the portion of compensation that was made up of incentives stayed relatively flat, but for most other positions relative incentive earnings actually dropped, in some cases significantly. Virtually identical trends are seen when comparing incentive earnings as a percentage of base pay.

Overall, loan officers increased their earnings more than management and administrative support personnel. Except for staff commercial lenders, however, most increased earnings came from base salary increases rather than incentive earnings.

Implications for Lenders - What to Make of the Survey Data

Several important trends can be discerned by comparing the 2008 and 2012 surveys:

A significant conclusion: These trends suggest incentive compensation is not being used as effectively as possible and that the motivational capabilities of incentive pay are not being realized. For example, overall incentive earnings represented 12% of total cash compensation in 2012. While this is significant, it might not be enough to motivate higher performance.

Research shows that the smallest meaningful pay increase--the amount needed to have a motivational effect--is 7%.* Yet the greater the amount of pay at risk, the more focus there will be on modifying behavior to meet goals that produce higher income. Thus, increasing the percentage of total cash compensation that comes from incentive earnings would be expected to have a greater motivational effect.

Various types of incentive compensation are possible in the commercial lending function, including annual discretionary bonuses, profit-sharing plans, commissions, and individual or team incentives. A variety of metrics can be used in support of incentives, including new loans made, referrals, total portfolio growth and profitability, and various credit quality metrics.

Whatever specific incentives are offered, making a direct connection between daily activities and payouts is essential to changing behavior. It is also important to differentiate between average and above-average performers by a meaningful amount and to publish the relative performance metrics regularly.

[This article was posted on January 09, 2013, on the website of Banking Exchange, www.bankingexchange.com, and is copyright 2013 by the American Bankers Association.]