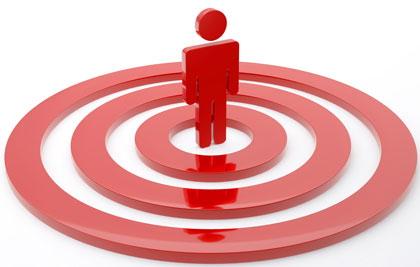 For all the talk about the increased costs that banks will suffer due to the Dodd-Frank Act, to borrow from singer Al Jolson, “You ain’t seen nothing yet, folks.”

Dodd-Frank, related crisis-era legislation and regulation, and a gearshift in the regulatory mindset promise a much rougher road ahead, predicted banking expert Mark Olson in a presentation to ABA's Director's Forum, held in early October in conjunction with ABA's Annual Convention.

Due to Dodd-Frank and the other fallout, "banking is going to be more expensive," predicted Olson, but he added, "I can't find that yet in the industry's numbers." He noted that banking's efficiency ratios continue to be favorable, which he believes means that the increased costs of compliance have yet to really bite.

Olson cited recent research by Standard & Poor's that indicates that 25,000 jobs are being created in the course of handling Dodd-Frank, even as many regulations remain unwritten or still in proposed form.

Olson, now co-chair at Treliant Risk Advisors, a compliance consultancy, brings a wide resume to his analysis of this and related challenges. He's been a community banker, held ABA's top elected post, served as a Federal Reserve Board governor, held posts as a senior Senate staffer and congressional aide, done a stint as an accounting regulator, and more.

"No upside" for regulatory flexibility
Olson served on the Fed's board during the runup to the financial crisis and he didn't mince words in assessing regulators' behavior during that period.

Were regulators lax? he asked. "The answer is ‘yes,' and I was one of them," he said. "And I don't know one of my peers who doesn't accept some of the blame."

That said, it's today's bankers who are reaping the regulators' reaction to that past.

"The regulators are still very defensive--very, very defensive," said Olson, "and they are very risk averse." They don't wish to be embarrassed again, and as a consequence, bankers will have to make their case to regulators when they want to do anything out of the ordinary.

"If I were in the regulators' position," said Olson, "I would see that there is zero upside for my being flexible."

The only hope bankers have, when they want to enter new territory, will be to demonstrate that they have an enterprise risk management strategy that addresses regulators' concerns.

When regulators challenge plans, "don't look like a deer in the headlights," advised Olson. "Be able to say, ‘Here's how we're going about it'."

Cops on the beat
As indicated, Olson is a student of the business, and he says he's never seen such a bias towards enforcement as exists today. This includes traditional prudential regulators as well as the Justice Department, the states' attorneys general, and the Consumer Financial Protection Bureau created by Dodd-Frank.

"There is a trend toward enforcement over supervision," Olson explained. Where agencies may have nudged, shepherded, and jawboned beforehand, now they are likely to smack.

Activities and policies that banks have engaged in and maintained for many years are now considered suspect, Olson said.

During Dodd-Frank’s drafting, and since there was a sense “that customers weren’t being given any consideration in the regulatory process,” which brought about CFPB and the change in regulatory attitude overall, said Olson.

People are still mad at banks, Olson said, and "the perception tends to overlap onto banks of all sizes."

Paradoxically, while this anger continues, he said, "when people vote with their money, they tend to like banks. They trust banks."

Looking forward
Altogether, Olson painted a grim picture, adding to it the continuing encroachment on banking by nonbank providers of all stripes. This includes traditional nonbank competitors as well as those whose entry into financial services would have seemed bizarre a decade ago. He cited Starbucks' new closed-loop payment cards as an example of a transaction device completely out of the traditional financial system.

Olson advised listeners in several areas, from a community bank perspective, on how to proceed in today' environment:

1. Technology. Olson acknowledged the important role tech plays for community bank competitiveness. But he cautioned community banks against going too far too fast.

"Don't be a first-mover on technology," Olson said. Smaller banks--indeed, all but the very largest banks--shouldn't be adopting new technology channels before they have appropriate products to run through them.

2. Some like it hot--and get burned. Looking back at the runup to the crisis--a multifaceted event--Olson warned against the cyclical piling on that brings banks to grief.

"Avoid easy opportunities," Olson said. "Today's trouble spots are where banks most wanted to be ten years ago."

"When you are riding economic volatility up, you are going to ride it on the way down, too," Olson said.

"There are banks in western North Dakota that are looking for easy money, riding it up," he said.

3. Pricing, a critical but two-edged issue. Olson told of a mandatory management review he ran at a bank a while back. As part of the review his team compared the bank's loan pricing to competitors', and found that the bank seemed out of synch by a good 75 basis points.

What was the rationale? Olson asked the CFO. He got little more than a shrug--the bank really had no model or technique for pricing.

"They were leaving about a million dollars on the table," Olson said. That won't cut it in today's environment, with the need for earnings.

However, Olson said, banks must take care not to be seen as "gouging."

In the CFPB era, this will bring down trouble, especially if the bank's price approach can be seen as having impact on any vulnerable group. That can trigger UDAAP issues, he said. (UDAAP is the expanded form of traditional UDAP, and stands for "Unfair, Deceptive, or Abusive Acts or Practices.)

4. Remember, housing is a pendulum. Olson said this is typical, and that the sector will come back.

"It will be taken over by the ‘quants'," he said, "And it will become far too complicated."

6. Industry outlook. While there will challenges in these areas and more, Olson gave the audience some reason for optimism.

"Banks will prevail in the United States, and will continue to be a critical industry," said Olson. "It is simply too important. No other industry can do what banking does as an intermediary."

[This article was posted on October 26, 2012, on the website of Banking Exchange, www.bankingexchange.com, and is copyright 2012 by the American Bankers Association.]