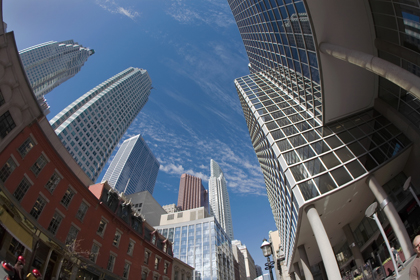 While commercial real estate, broadly, has been returning to health, the sector, overall, has a long way to go yet, according to Deloitte's Steven Bandolik.

Deloitte's Steven Bandolik is in the midst of his third commercial real estate cycle, and from where he sits it's a good news, bad news--and worse news--situation, overall.

The good news: "Commercial real estate is much better than it was, but we're a long way from the peak of the previous market high," says Bandolik. He is a director in the Real Estate Services section of Deloitte Financial Advisory Services LLP and senior advisor in the firm's Distressed Debt and Asset Practice. Part of the improvement, he says, can be credited to banks that stuck it out with troubled borrowers while they worked through their problems.

The bad news: While there are good signs in the commercial real estate market, the numbers foretell that full recovery won't come until 2017, at least. Bandolik says there's no tea-leaf reading here, just plain facts. It's known how deeply commercial real estate credit dug into commercial mortgage backed securities for funding, and most of that paper was written with a ten-year term.

A positive, coming out of the crunch, is that lenders appear to have learned some lessons, according to Bandolik. Overall they tend to be stricter now than they had been. Well-located and well-leased existing properties stand a decent chance of obtaining financing, he says, though construction financing can still be difficult to find. Existing properties lacking location and tenants face barriers in obtaining funding.

Though often politically unappealing, some of the latter properties' best solution may lie in the wrecker's ball, Bandolik acknowledges. "It depends on the market," he explains. The prospects of jobs generated by rebuilding is always a factor.

The worse news: Some of the measures intended to address the commercial real estate aspects of the financial crisis will serve as brakes on the sector's full recovery, in Bandolik's view.

Take the Basel III risk-based capital proposals issued in June by federal regulators. Among the many provisions of the proposed amendments are increased risk weightings for "high volatility commercial real estate loans" and for past due credits. In addition, elements of the Dodd-Frank Act intended to reduce risk exposure to commercial real estate and other potential problems will tend to dampen recovery, Bandolik suggests.

In fact, the provisions of Basel III "will  have a major impact," Bandolik believes. He also noted that the 5% risk-retention provision in Dodd-Frank would apply to commercial mortgage-backed securities as well, not just to covered residential mortgage-backed securities. The extra pressures on capital and the cost of risk retention will both tend to be passed on to borrowers by lenders, he points out, and all told "these will raise borrowers' costs and lower real estate values." A fall in real estate prices, in the midst of what has been a gradual recovery, is a real possibility to the executive.

Top down and drilling down
While Bandolik, speaking in an interview with Banking Exchange, speaks of recovery in the overall sense, he points out that where commercial real estate is concerned, generalities only work so far. Commercial real estate needs to be viewed market by market to be fully appreciated, and within those markets, it needs to be considered by property type.

Bandolik says major markets--he likes to speak in terms of "NFL cities"--tended to come back before other markets. Cities served by major ports have also tended to come back faster than cities in the interior of the country. Chicago, for instance, did not grow as rapidly during the runup and didn't have as far to fall in the downturn, either.

The current state of things and the outlook for various property types also varies.


Deloitte's Steven Bandolik says community banks need to stay in their comfort zone in order to avoid future CRE trouble. For some, lending on properties and projects in the next county, let alone the next state, may be too far away for comfort.

Bandolik notes that the office properties market is seeing some recovery, but the supply is so plentiful that in many markets all who want to move are moving on to higher-quality space. This leaves older, inferior properties with fewer potential tenants, in many markets.

Increasing demand for rental housing, on the other hand, has driven increased interest in multi-family markets, Bandolik says. Two more sectors that have seen improved demand are lodging and industrial properties.

A factor driving the latter, he explains, is the increased volume of goods sold through e-commerce. Internet sellers require warehouse space from which to ship purchased goods.

A word for community banks

Commercial real estate deals come in all shapes and sizes, and much of what goes on in major cities is the province of major lenders, including both banks and nonbanks. But Bandolik suggests that community banks can take some lessons from the past boom as they reassess commercial real estate credit going forward.

The first lesson is a back-to-basics matter: Know your customer. It's a watchword of community banking, and something that some forgot during the boom part of the cycle, according to Bandolik.

"Make sure you are focused on long-term relationships,"  not opportunistic one-shot deals, advises Bandolik.

Another piece of advice here: "Lend within your markets. Many banks got hurt when they lent in different geographies-and that could have been another county, not just another state."

Finally, he reminds community bank lenders that many of the typical owner-operator commercial real estate credits they make involve borrowers who are already customers of the bank.

"That makes those deals more of a credit play," he says, "than a real estate play, in most cases."


[This article was posted on September 21, 2012, on the website of Banking Exchange, www.bankingexchange.com, and is copyright 2012 by the American Bankers Association.]