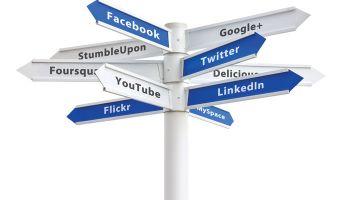 When I want to feel old, I tell recent graduates that I survived college and law school without Facebook, Twitter, or even email. After they regain their composure, the neophytes seem amazed that someone walking upright ever lived without “real-time” connections. Yet despite the ubiquity of social media, in June 2012, a New York federal district court judge ruled a litigant could not be served via Facebook in Fortunato v. Chase Bank.

Lorri Fortunato sued Chase Bank for unlawfully garnishing her wages to satisfy credit card debt incurred by her estranged daughter, Nicole Fortunato. In response to Lorri’s claim that Nicole surreptitiously opened an account in Lorri’s name and charged $1,243.09, Chase attempted to add the daughter to the dispute as a third party. However, Nicole had a history of providing false addresses and could not be located. Chase hired a private investigator, who, despite uncovering four potential addresses—each in a different town—was unsuccessful in locating Nicole. The investigator also discovered what she believed was Nicole’s Facebook profile, which listed a fifth address. After the investigator failed to locate Nicole at the address listed on Facebook, Chase asked the court for permission to serve Nicole by sending a message on Facebook.

“Service of process” is when a potential party is “served” or provided notice about a pending legal proceeding. Legal due process requires that service be reasonably calculated to apprise the interested parties of the pending legal action. In-person service is preferred, but when it is not feasible, courts may authorize alternative forms of service. Chase argued that service via Facebook satisfied due process requirements, because the message was reasonably calculated to apprise Nicole of the claims against her. Judge Keenan conceded that some type of alternate service was appropriate, but ruled service by Facebook was “unorthodox” and unreliable because anyone can construct a fake Facebook profile. According to the judge, there was no way to “authenticate” or verify that Chase identified the correct person. The judge concluded that publishing notifications in the local newspapers for the five towns identified by the investigator was the most reliable means of alternate service. Interestingly, Judge Keenan was born in 1929, which may explain why he determined Chase had a better chance of attracting the attention of a young, elusive woman through the small print in the back of a local newspaper, rather than sending a message on Facebook.