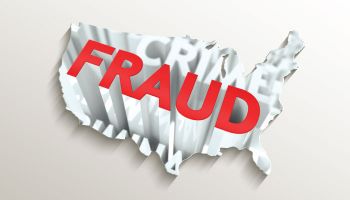 More than half of U.S. organizations that experienced fraud in the last two years reported an increase in the number of occurrences, according to the Global Economic Crime Survey 2014 by PricewaterhouseCoopers, representing a continuing upward trend in the occurrence and detection of economic crime.

Forty-five percent of organizations in the United States suffered from some type of fraud in the past two years, more than the global average of 37%.

U.S. companies are growing their international operations, and the expanding role of the internet and mobile technology in business can bring risk from beyond their geographic footprint. The survey revealed that 54% of U.S. respondents reported their companies experienced fraud in excess of $100,000, with 8% percent reporting fraud in excess of $5 million.

"Economic crime has become a truly borderless threat," says Steven Skalak, partner in PwC's Forensic Services practice and lead editor of the global survey. "The reality of fraud is that it can impact a company's revenues as directly as other business and market forces. The risk of bribery and corruption grows as U.S. organizations increasingly operate in and pursue opportunities in high-risk markets."

Companies are beginning to change how they think about cybersecurity—viewing it as a business issue, not just an IT issue. Forty-four percent of U.S. organizations that experienced fraud in the past 24 months suffered from cybercrime; and 44% of all U.S. respondents indicated they thought it was likely their organization would suffer from cybercrime within the next 24 months.

As organizations rely more on technology, they increasingly do business in a "borderless economy" where they are more susceptible to threats from all sides. The results are clear—while companies certainly should not lose sight of the internal perpetrator of fraud, they need to remain wary of the external perpetrator.

Other notable findings include:

For the first time, PwC specifically asked respondents about procurement fraud. The results were stark—more than one fourth of U.S. respondents reported suffering from procurement fraud (27%), thus immediately placing it as the third most frequent type of fraud experienced by U.S. organizations. According to the report, this reflects the increasing interconnectedness of companies and ongoing trend toward outsourcing more aspects of their businesses.

"With more opportunities come more risks; no longer can organizations focus their fraud prevention and detection strategies on only a few types of fraud, a certain profile of fraudster, or certain perceived threats. They must be prepared to cast a wider net, for the threats associated with fraud are growing," says Lavion.