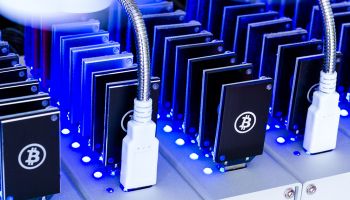 It’s hard to believe but Bitcoins have already been around for more than five years. Some people like them, and even prefer them to traditional currency.

Which is puzzling. This cryptocurrency—which exists only in digital form (never mind those clip-art images of discs with B on them), fluctuates wildly in value day by day, and which has garnered troubling news stories about a bankrupt exchange, and onerous IRS tax rules—seems at first glance kind of pointless, and, in a worst-case scenario, kind of doomed.

Nevertheless, it doesn’t seem to be going away.

A cursory browser search unearths all sorts of recent news that this restaurant or that business accepts Bitcoins; that Bitcoin ATMs are popping up here and abroad; and that the increasingly influential generation, Gen Y, shows signs of embracing Bitcoin use.

Still, Bitcoins are still kind of a mystery. Many people ask, what are they, exactly? More important, what good are they?

Two relatively recent surveys illustrate the quandary mainstream Americans have about Bitcoins now. One, in February, by TheStreet, found that 76% of 1,000 people surveyed, were not familiar with Bitcoin, 79% had never and would never consider using an alternative form of currency like Bitcoin, and 80% would rather own gold instead of Bitcoin.

Another one, in December, by Primer Research, also of 1,000 people, found that 61% knew nothing about Bitcoin and only 19% had at least some knowledge of the currency.

If the average American knows anything about Bitcoin it’s likely because of news stories such as those concerning Mt. Gox, a Bitcoin exchange in Japan that filed for bankruptcy protection. It reportedly lost $27 million in cash and $450 million worth of Bitcoins. About 1 million traders entrusted the three-year-old firm to hold their money safely.

Or others might have read a very recent article about how the IRS just issued rules that treat Bitcoins as property, not currency. Therefore, the rules require each Bitcoin user to maintain strict records of every purchase made during a tax year and perform calculations to account for the frequently changing value of Bitcoins, or face severe penalties.

Such news does not engender a lot of trust or sympathy for Bitcoin.

Behind the headlines, though, Bitcoin gains considerable credence. Investopedia provides as good a definition and description of Bitcoins as any: “Bitcoin offers the promise of lower transaction fees than traditional online payment mechanisms and is operated by a decentralized authority, unlike government issued currencies. There are no physical Bitcoins, only balances associated with public and private keys. These balances are kept on a public ledger, along with all Bitcoin transactions, that is verified by a massive amount of computing power.”

A prime example is the fact that this month, in New York City, Mediabistro hosted the Inside Bitcoins Conference and Expo, a two-day event that featured 90 speakers and more than 36 exhibitors. A casual reading of the speaker list finds many lawyers, association representatives, media observers, ex-federal financial institution regulators, and a host of industry advocates. The list of information sessions is also enlightening. They include titles like: “Politics, Press, and Regulation: Bitcoin in Washington D.C.”; “Bitcoin in the Cloud”; “Wall Street’s View of Fair Value for Bitcoin”; “The State of Bitcoin Security”; “The Bitcoin Startup Ecosystem”; and more.

Another indication of just how serious people are getting about Bitcoins is the announcement last month by Tera Group Inc. in which it claims the first bilateral Bitcoin swap agreement, a legal framework that allows two parties to hedge price risk of Bitcoin using standardized terms.

“The use of a Bitcoin swap is an inflection point in the evolution of cryptocurrency,” says Christian Martin, Tera Group CEO. “There is incredible momentum and support behind this alternative global currency.”

Along with this, some very discerning banking industry analysts have looked hard at the Bitcoin phenomenon and, importantly, have refused to dismiss it.

Richard Brown, who has the title “executive architect, Banking Industry Innovation for IBM United Kingdom,” has written incisively on the issue. Last month he observed: “The hype and controversy surrounding Bitcoin serves to obscure the reality that an important new technology has been invented. And this technology is important regardless of whether Bitcoin itself succeeds.”

He expands on this: “Until Bitcoin came along, there was no way to transmit value at a distance without enlisting the help of a third party such as a bank or another trusted institution. You needed this third party because somebody had to keep track of who owned what…and then Bitcoin came along and showed us that you can solve the problem without any centralization at all. Instead, you get everybody to maintain a copy of the ledger!...The  trick was in designing the right set of economic incentives and some clever cryptography to ensure everybody does the right thing and keeps their records up to date.”

In an earlier post, Brown emphasizes the Bitcoin platform over the actual Bitcoin currency as it is now. He gives this analogy: “Remember the walled gardens of information before the web? Encyclopedias on CD-ROM? Emails you could only send to other customers on your ISP? The web changed all that…

Aite Group also has weighed in, in a report tellingly titled “Bitcoin’s prospects are cloudy, but its business model is here to stay.”

It says: “Bitcoin relies on a peer-to-peer network of computers, called “miners,” for production and processing of Bitcoins, harnessing the computational power of the network-connected machines to execute the complex calculations required to facilitate Bitcoin transactions. As a reward for lending computer power to the network, participating machines are paid in Bitcoins; these payments comprise a portion of new Bitcoins minted as well as network transaction fees.

“Even if Bitcoin doesn’t stand the test of time, its business model is predicted to be successful.”

And Celent chimes in with this observation, in a blog by Zilvinas Bareisis: “Bitcoin: forget the currency, focus on technology.” He adds, as part of his own report for Celent: “A key trend for 2014 will be the growth of contextual payments, indicating a shift in power away from issuers and networks to consumers and merchants.”

Which harkens back to that Primer Research poll, which, upon further analysis, found 9% of respondents—mostly Gen Y—likely to own or purchase a Bitcoin this year—which factors out to as many as 22 million Bitcoin users in the United States in 2014.

“Bitcoin is a nascent brand in search of a market and an image, and this may just happen in time,” says Michael Deis, president, Primer Research. “If you look at the relatively high level of respondents who view Bitcoin as a social movement, you can imagine a considerable group of grassroots evangelists advocating the cause and promoting the currency, and gradually taking this embryonic industry to the next stage of development.”

Bitcoin’s prospects are cloudy, but its business model is here to stay

Is Bitcoin Going to Change the World?

Bitcoin and Cryptocurrencies: A Critical Insight

36 Organizations are Exhibiting at Inside Bitcoins in New York City April 7-8 at the Javits Convention Center; Largest Bitcoin Exhibit Worldwide

Explore the Business of Bitcoin

Tagged under Management, Payments, Making Sense of it All, Feature,

More in this category: « Tech scrum in the C-suite The internet of things and banks »
back to top