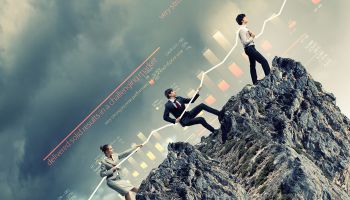 Although the next ten years should bring substantial growth in the payments and transaction-banking businesses, banks will grapple with a host of forces that will require them to sharpen their capabilities, according to a new report by The Boston Consulting Group.

“Never in the history of the payments industry has there been a time of such disruption and opportunity across regions,” says Stefan Dab, a coauthor of the report and the global leader of BCG’s transaction-banking segment. “Payments players, depending upon their strategic decisions over the next ten years, will have much to lose or gain.”

Global Overview—In 2013, payments businesses generated $425 billion in transaction revenues, $336 billion in account-related revenues, and $248 billion in net interest income and fees related to credit cards, according to the report. The total represented roughly one-quarter of all banking revenues globally. Banks handled $410 trillion in noncash transactions in 2013, more than five times the amount of global GDP. The value of noncash transactions will reach an estimated $780 trillion by 2023, a compound annual growth rate (CAGR) of 7%. Payments revenues will reach an estimated $2.1 trillion, a CAGR of 8%. The report says that in order to succeed, banks must broadly take three actions: approach payments as a platform, not simply as a product; identify the key initiatives that warrant investment; and pursue multiple paths in order to gain both broader experience and new customer insight.

Retail Payments in North America—After several years of being battered by regulatory measures, retail payments revenues in North America (the United States and Canada) rebounded to $222 billion in 2013, up 4% from 2012, representing 30% of global retail-payments revenues. Transaction revenues accounted for $104 billion, credit-card net interest income and fees accounted for $93 billion, and demand-deposit products represented $25 billion. Retail payments revenues in North America are expected to reach $323 billion in 2023, with account revenues showing the strongest growth (6% annually), followed by transaction revenues (5%). The report says that the principal opportunities for banks lie in two areas: leveraging new digital technologies to deepen customer relationships by way of the checking or demand deposit account, and forging new and innovative strategies in credit cards.

Retail Payments in Europe—The report says that four transformational forces are affecting the European payments landscape: heterogeneous growth patterns, digital innovation, evolving merchant payments needs, and widespread merger-and-acquisition activity. In addition, regulation continues to take a toll. The cap on interchange rates will have a significant negative impact on issuer economics in Europe, with issuers standing to lose roughly €8 billion per year (beginning in 2015) out of a pool of €60 billion in card revenues. In addition, the revenue challenges facing issuing banks will require them to sharpen their pricing models on both current accounts and payments transactions as part of a broader effort to reshape their strategic priorities. They will also need to review their operating models.

Retail Payments in rapidly developing economies—According to the report, despite the high-growth environment and the fact that the payments business is still very profitable in most RDEs—featuring substantial margins for acquirers, issuers, and card schemes—the outlook is not all blue skies. Prospects for incumbent players are clouded by falling interest rates, declining merchant discount rates and interchange (in response to regulatory pressure), and the emergence of new competitors. One way that banks and other payment institutions can fight back is by redoubling their efforts to increase customer engagement, achieved by motivating customers to direct-deposit their paychecks and to routinely use their bank’s noncash payments products, especially cards.

Global Wholesale Transaction Banking—Wholesale transaction banking is expected to outperform retail payments over the next ten years across all markets, at 9% compound annual revenue growth (compared with 7% in retail), including small-business credit and debit cards. Of the projected $345 billion in revenue growth, emerging markets will account for about 72% (a CAGR of 11%, compared with 6% for mature markets). In order to move forward effectively, wholesale transaction banks need to focus on several areas: achieving sustainable regulatory compliance, seizing the working-capital opportunity, and capturing growth in RDEs. In addition, the report says that pricing is an underleveraged silver bullet for boosting top-line growth.

“Overall,” says Carl Rutstein, a coauthor of the report and the leader of BCG's North American transaction-banking segment, “the growth in payments and transaction banking is driving stiff competition among not only traditional players but new entrants as well. Consequently, financial institutions must differentiate themselves, refine their strategies, and raise their execution skills if they want to remain competitive. In this environment, no institution can afford to stand pat.”