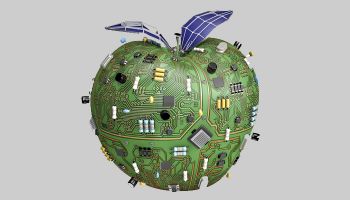 Core conversion on an ambitious schedule: “This was the most aggressive timeline I’ve ever been a part of. I wouldn’t necessarily recommend it,” says Howard Mooney, CIO, Busey Bank. “The result was positive. We haven’t looked back.”

For many banks, the solution, so far, has been to update existing systems with new add-ons that bridge the gaps in capabilities. But new demands for technologies—among them digital banking, mobile access, omnichannel consistency, additional lines of business to boost revenue, as well as the sustainability of the bank overall—have ramped up the urgency of making fundamental changes in the back office.

“Over the last ten years or so, vendors have been really good at creating middleware layers to connect these new modern services without having to touch the back end,” says Stephen Greer, an analyst at Celent, who has studied bank core conversions.

Nevertheless, Greer adds: “There will come a time when [legacy] core systems won’t be able to keep up with the demand for modern real-time digital channels or digital banking.” In fact, that time may be at hand. Greer says that based on the last couple of years of sales reports, core conversion deals are starting to increase slightly, year-over-year.

The best core system conversion—in terms of fitting in with the unique nature of a financial institution’s strategy, reach, and operations—will not come off a shelf. To achieve that level of fit requires a close relationship between bank and provider.

That’s what Busey Bank, a $4 billion-asset institution based in Champaign, Ill., determined in 2012, just as it was reevaluating the contract with its previous core system provider.

“We started examining the service levels that we were getting from them and also, of course, the expense side of it,” says Howard Mooney, executive vice-president and CIO at the bank. “Mostly, we were factoring in some of the changes to the environment that we saw coming our way in terms of what the market demands were going to be from a competitive perspective, and also, more importantly, our clients’ perspective.” Mooney also is president and CEO of FirsTech, Inc., the bank’s payments processing subsidiary.

The bank had an added motivator in that its previous contract was reaching its end date, meaning the bank had to make a quick decision. It decided to switch to Computer Services, Inc., (CSI), which Busey Bank knew from some of the acquisitions it had made.

The vendor’s service level and flexibility in those earlier conversions, says Mooney, “as far as integrating and helping us drive the strategy that we had outlined for ourselves, as opposed to basically pushing products, were key factors in determining that it made sense for us to make a change.”

Perhaps most amazing, the bank did the complete conversion, due to contractual obligations, in just five months—impressive for a bank this size, given the scope of the change. Mooney says it required a close working relationship with the vendor. He calls it an “all-hands-on-deck approach” for both the bank and CSI.

“This was the most aggressive time line I’ve ever been a part of. I wouldn’t necessarily recommend it, and I’m sure CSI wouldn’t either. But we were put in a situation where we really didn’t have a choice. So that’s what we did. Everybody really came together on it. In the end, the result was positive. We haven’t really looked back since,” he says.

(A normal time frame for conversion, according to Mooney, would be a minimum of nine months.)

Mooney emphasizes the need to match what the bank wants and needs with what a vendor can adjust to, in order to achieve a successful core conversion.

“We support multiple lines of business. We have a large retail operation, but we also have a commercial and wealth management focus. And we have a payment processing subsidiary, too, that handles about 25 million payment transactions a year,” he says.

“When we start looking at all of those various lines of business and the supporting banking structure that allows us to continue to grow in those areas,” continues Mooney, “[we] really look for best-of-breed type of products. In some cases, we develop some of our own platforms and systems. Flexibility, ease of integration, and willingness of integration were critical for us.”

How did the conversion affect Busey’s  IT department? The number of tech vendors the bank uses has remained about the same. It has either replaced vendors with those that offer more compatible services with CSI or brought processes in-house.

“Our thought process for bringing processes in-house was that we would work with CSI on future enhancements to automate those processes,” explains Mooney. Also, the bank’s IT staffing levels did not change, he says, though he notes that resources have been added “to support our ongoing growth and security demands.” As for IT spending: “We were able to realize some initial savings as a result of bundled pricing for multiple products, but service was our primary driver for change,” he adds.

The biggest challenge to core conversions is the potential to disrupt services to customers. Celent’s Greer says in a recent report that “the process of switching out a core system has been likened to changing the engine on an aircraft in flight.”

For Busey, conversion happened “99% behind the scenes,” Mooney says. “We did not have major customer disruptions. We have a lot of very large clients that expect things to work and work regularly, and not give them a lot of issues. We were able to pull that off.”

The upgraded system has helped the bank improve satisfaction, shown by surveys conducted through the organization Net Promoter. (Essentially, this company asks customers to rank satisfaction from one to ten. Those who give ranks of nine or ten are termed “promoters,” while those who give ranks of zero to six are “detractors,” the difference being the Net Promoter Score.) Busey Bank saw its NPS rise from 25 in 2014 to 31.5 in 2015. LINK: www.netpromoter.com

“We view the success or the effectiveness of this kind of move [core conversion] not only through the efficiencies and those types of things that we gain, but also through the lens of our customers,” Mooney says.

Looking forward, Mooney says the core conversion has positioned it well in terms of meeting new demands, new opportunities for fee income and revenue streams, and overall bank sustainability. However, he cautions against adopting new things simply because they are new.

“For us, we have to be able to move fairly quickly when we need to. But we also are very wary of chasing the fads,” he says. “We use our vendor relationships to help us determine reliable, risk-averse technology.”

As always, nothing ever goes away in banking, like paper checks and lock-box operations.

“Those legacy platforms are very important. . . . We certainly didn’t abandon those,” Mooney says.

Still, he says, Busey’s core conversion was necessary: “From a service perspective and from our ability to deliver the best options to our clients—based on our market, based on our lines of business—I’m confident that had we not made that core conversion, we would not be in as good a position as we are today.”

Has your bank been through a core conversion? What did you learn? Share your experiences in the comment box below