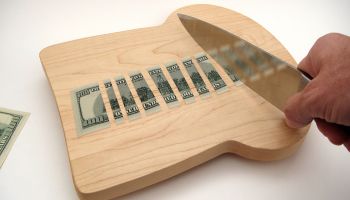 Payments. Oh, payments. When will they ever make sense?

Mercator Advisory Group’s Ken Paterson puts it pretty well: “Coming on the heels of 2015’s big events—Samsung/Android/Walmart/Target/Chase Pay announcements, the EMV liability shift, and awakening real-time payments to name just a few—disruption has become a fixture of the payments industry in 2016.”

One need only look at a couple of unrelated announcements by those long-time harbingers of trends payments—Visa and MasterCard—to start to sense the payments tech craziness.

Pay as you drive

Soon you’ll be able to buy something by tapping your exercise band on a register—or by talking to your hands-free communication-equipped SUV.

“More and more, consumers are relying on smart appliances and connected devices to make their lives easier,” says Jim McCarthy, executive vice-president of innovation and strategic partnerships at Visa. “By adding payments to these devices, we are turning virtually any internet connection into a commerce experience—making secure payments seamless, and ultimately more accessible, to merchants and consumers.”

Cars and exercise bands are just the beginning. Visa hints that it is willing to talk with manufacturers of appliances, public transportation services, clothing, and “almost any other connected device.”

“Give us ready-to-use options”

MasterCard’s announcement is a bit slyer but just as eyebrow-raising. It’s based on a survey, but not just any kind of survey. It tracked 2 million global social media posts about mobile payments that crossed Twitter, Facebook, Instagram, Forums, Google+, and YouTube.

Never mind the fact that such a survey could physically (or, presumably, ethically) be done. (MasterCard worked with PRIME Research, which uses “proprietary human-based social media analytics methods and technology.”)

What it found, in a nutshell, is that “across the globe, cardholders are asking banks and retailers to provide real-life, ready-to-use mobile payments options.”

“As more choices are made available to them, the conversation has evolved and consumers seem to be fully embracing the next generation of payments,” says Marcy Cohen, vice president of digital communications at MasterCard.

All signs point up … or not

Of course, these two examples are the most whiz-bang of recent payments-related news. There are plenty of other numbers-heavy announcements that add gravitas to the craziness.

Two from Ovum, to start with. One has the title “Prepare for an m-commerce explosion.” It concludes that “the total global user base for mobile payments will increase from an estimated 690 million users in 2014 to 4.77 billion users in 2019.”

Yet another, unrelated study, this one from market research publisher Packaged Facts. It predicts that in 2016, the U.S. market for mobile payments made at the retailer point of sale will increase to $23 billion, up 54% from 2015. It calls for “robust growth” of mobile payments through 2019, as smartphone usage nears saturation.

So, based on all this, there’s a clear path ahead for mobile payments, right?

Wrong, of course. The customer demand seems to be there, but what about the supply? Namely, what about retailers? What about banks?

Accenture takes a shot at retailers, with a survey of 10,000 consumers across 13 countries. On the demand side, it found that the number of consumers shopping on the go grew from 35% in 2014 to 40% in 2015. However, only 58% of retailers offer smartphone apps with purchase capabilities.

Celent doesn’t exactly take a shot at bankers, but it does observe “a paradox.” Zilvinas Bareisis, a Celent analyst, recounts in a Celent blog results of the latest of one of its research panels in which financial institutions are invited to volunteer. Of 42 institutions that participated in its latest digital payments panel, nearly all said that digital payments are important. However, only 13% viewed it as a strategic priority into which they plan to lead and invest accordingly.

As with most new disruptive technology trends in banking, the glue tends to depend on the participation of third parties—which recently have been dubbed “fintechs.” Where do they stand in the payments craziness?

ACI Worldwide issued a report recently trying, ahem, to make sense of all this.

It concludes, says Paul Thomalla, senior vice-president of Global Corporate Relations and Development, this way: “We believe that now is the time to reimagine the payments relationships between banks, retailers, and fintechs. Banks need to enter into a new era of cooperation with retailers and the new players entering the market. They need to understand that the requirements and interactions with consumers and businesses are changing. Rather than seeing the regulators and the new fintech players as a threat, banks should embrace the opportunities that the new payments landscape will bring. Only by combining the best aspects of both worlds can they offer today’s savvy customers the services they want.”

Oh for the days when you just plopped a fiver on the counter and got your Big Mac meal.

Disruption of the Payments Ecosystem is Real: Why Banks Need to Reimagine their Customer/Partner Relationships

Prepare for an m-commerce explosion

Visa Brings Secure Payments to the Internet of Things

More in this category: « Personalization, banking’s new mantra Attack of the mighty fintechs! »
back to top