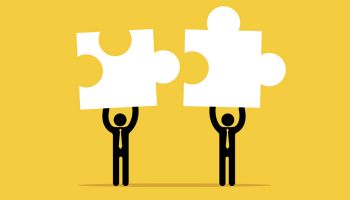 OceanFirst Financial Corp.'s planned acquisition of Ocean Shore Holding Co. in southern New Jersey would push the lender over the $5 billion asset mark and put it at a size where it can most effectively manage regulatory costs and maximize efficiency, the company's chief executive said.

"It puts us in the sweet spot for community banks," Toms River, N.J.-based OceanFirst President and CEO Christopher Maher said in an interview shortly after announcing the nearly $146 million deal to acquire Ocean City, N.J.-based Ocean Shore Holding on July 13.

At around $5 billion, Maher said, banking companies have large enough asset bases over which to spread out compliance costs that have soared in recent years, as well as technology, insurance, and various other expenses that have weighed heavily on the bottom lines of smaller banks. At the same time, OceanFirst will stay well below the $10 billion asset threshold, a point at which lenders face greater regulatory scrutiny and new compliance hurdles.

How market reads the move

OceanFirst in May closed a more than $200 million acquisition of Cape Bancorp Inc., also in southern New Jersey. That deal, coupled with the Ocean Shore purchase, slated to close late this year or early in 2017, would push OceanFirst to about $5.3 billion in assets, or roughly double the level at which it started in 2016.

After closing the Ocean Shore deal, OceanFirst estimated in a deal presentation that it would have an efficiency ratio of about 53%, a notable improvement from the 63% level at which the company operated last year.

The buyer projected savings of 53% of Ocean Shore's noninterest expenses. Maher said such savings would come in part from the closing of between five and seven overlapping branches, as well as via trims in technology, compliance, and other departments where there are redundancies.

The purchase price is 132.4% of Ocean Shore's tangible book value. Maher labeled that a "rational" price, noting that it compares favorably with recent deals in the region. SNL valuations for bank and thrift targets in the Mid-Atlantic region between July 13, 2015, and the same date this year averaged 140.89% of tangible book.

OceanFirst estimated that the Ocean Shore deal would dilute its tangible book value per common share by 3.1% at closing. It projected an earnback period of roughly 3.7 years using the "crossover" method. Investors have tended to favor earnbacks of shorter than four years.

Maher also emphasized that Ocean Shore has solid credit quality and a low-cost deposit base. Such deposits could fuel future gains in profitability if interest rates rise. Lenders that can depend upon inexpensive deposits to fund loans often can boost rates higher on the loans they make than on the deposits they hold, expanding the margin between the two and pushing the gains to the bottom line.

Where deal could lead

"I think that is the real key opportunity here," FIG Partners analyst David Bishop said in an interview.

Bishop noted that with the Ocean Shore deal, OceanFirst is doubling down on southern New Jersey, which it entered with the Cape Bancorp acquisition. Some investors, he said, might have concerns about that play, given that the region is home to the challenged Atlantic City, a gambling and tourism market that has not recovered in full from the last recession.

Maher said in the interview that southern New Jersey overall is heavily populated and ripe with bank customers, and geographically, it meshes seamlessly with OceanFirst's central New Jersey operation. He said that, in central and southern New Jersey, there are about 3.5 million people and some $90 billion in deposits, putting the area on par with entire state of Connecticut.

"We think there is a lot more to southern New Jersey than Atlantic City," Maher added during a call with analysts to discuss the deal.