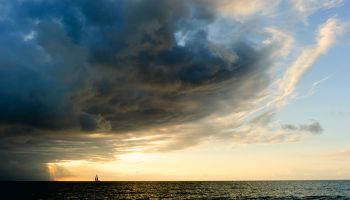 The greatest single issue overhanging our industry is reputation risk.

We’ve been dealing with this challenge in different forms over the last few years. Costs in the form of financial fines and penalties have been enormous.

A senior official of the Bank of England said the other day that these have now exceeded an estimated $215 billion worldwide.

Everyone owns this issue

These problems have been largely associated with major banking institutions, in fact, the largest banking companies in the world. The infractions and illegal activity cited include aiding U.S. citizens to evade federal income taxes: price fixing; circumvention of economic sanctions imposed on terrorist regimes; numerous infractions of banking law subjecting consumers to illegal and inappropriate costs; and the willful mismanagement of large portfolios of mortgage loans in their origination, packaging, sales and collection activities.

Community bankers mistakenly assume that the causes of the current wave of reputation risk can be laid at the doorstep of the mega banks. They ignore—at their peril—the widespread customer revulsion to bank fees and gouging relating to the handling of overdrafts and a host of very common banking services common to banks both large and small.

So, to start, this is everyone’s problem. And we’ve all had a hand in exacerbating it one way or another.

Don’t get caught up in simple and obvious

In the court of public opinion, the default reason for the aberrant behaviors of banks and bankers is “greed.”

Others describe the environment that produced these unhappy conditions as having their roots in the culture of the business.

Frankly, we should resist these simplistic notions.

I believe the real causes are more nuanced, and considerably more interesting, than the rogue behaviors of a bunch of cowboys in Brooks Brothers suits.

Unfortunately, we do not have a vocabulary with which to discuss these issues in a comprehensive and apolitical way. Not when phrases like “cross selling” and “incentive compensation” have suddenly become value-laden terms.

The next Congress will start dealing with many of these issues relating to banking by February and we will be engaged in defending ourselves again—but without a full arsenal of tools. To reform our businesses and our behaviors, we have to be able to speak precisely, and in terms accepted and understood by all the participants.

As banks instruct their agents—ranging from advertising agencies to lobbyists—the need for a narrower and more precise vocabulary descriptive of our major issues and challenges should be top of mind.

Two years ago last month, the Federal Reserve Bank of New York hosted a day-long meeting of approximately 100 representatives of the executive leadership of the top bank holding companies and Fed member banks. As principal regulator of bank holding companies and state-chartered Fed member banks, the Federal Reserve is in a unique position as a prudential regulator to address the problems of reputation risk.

There were two remarkable and memorable statements that originated in that meeting.

First, William Dudley, the bank’s president, stated the concern that perhaps some banks had become too big to manage. Daniel Tarullo, a Federal Reserve Board Governor in charge of supervision, suggested that the cumulative effects of reputation risk were becoming a safety and soundness concern to the central bank.

Two years later, there has not been a great deal of corrective activity, at least not in public view.

Perhaps the job is more challenging that originally anticipated. I’m sure we can all appreciate the complexity of dealing with such “squishy” subjects as “culture.”

But at the same time, this has caused me to wonder where the “fix” is likely to come from.

Here are the three broad possibilities for the source of corrective action:

1. Prudential regulators, including the Federal Reserve and others such as OCC and FDIC who share such responsibilities.

The regulatory authorities have been at it specifically for two years. They have found it slow going and difficult. More regulation is a certain outcome under their initiative.

Congress is also a likely player as it has historically thrown itself into such activities with abandon and reckless disregard for much that our industry considers common sense and appropriate.

Whatever comes from that source in terms of new initiatives we are most assuredly not going to welcome.

Finally, there are the owners.

These are the people and the entities that are on the line in terms of the financial consequences in the first place. While I wouldn’t expect them to be “first responders,” it’s not prudent for their interests to dally or dither and leave significant corrective initiatives to others.

There have been a few encouraging signs that the sleeping giants of corporate ownership are awakening.

For example, Deutsche Bank’s principal shareholder delivered a stern rebuke to the bank’s management on the unsatisfactorily slow reduction of cost-cutting programs and frustration with the large fines threatened by the U. S. Department of Justice on alleged mortgage loan infractions and illegal activities.

Other positive signs include matters of corporate governance. There have been several instances in recent years where the CEO and board Chairman titles have been separated and board committee structures have been realigned to facilitate the proper internal conversations and degree of auditor and management scrutiny of basic sorts of risk-related activities.

Fix it now, or get fixed

Ultimately, someone’s got to be in charge of the clean up.

Logically, it’s the ownership, and, in our system of organizational structure, that means the board of directors. This is not new to our thinking but we’ve not had to consider these things in exactly the same context before.

Normally, institutions at heightened risk of failure can quickly analyze the causes that have precipitated a crisis. In this rare environment, it’s a collection of things broadly labeled “aberrant activity” of an inappropriate nature that has plunged individual businesses and ultimately the whole industry into a tenuous territory of risks. Now, the threat is rising to an existential level. There does not appear to be a single or unique cause to the problems we face.

The owners have got to get it done and start working on it quickly and credibly. If they are beaten to the task by the regulators and the Congress, then the changes to our business may very well be irreparable.

Given what we have witnessed and experienced in recent months, does anyone think that this is an exaggeration?

More in this category: « Leadership lessons from Wells Election’s over, but economy lingers »
back to top