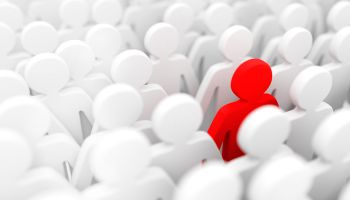 What will Trump-era enforcement of the nation's fair-lending laws look like?

The industry is coming off eight years of increased and aggressive enforcement of fair-lending laws, during which time a controversial legal theory—“disparate impact”—became a weapon of choice. A new player, the Consumer Financial Protection Bureau, joined the Department of Justice with a status not given to traditional, prudential banking regulators—the ability to file its own fair-lending actions independent of DOJ. Redlining cases morphed to embrace new approaches. Indirect auto lending cases proceeded on the basis of a proxy method for determining loan applicants’ ethnicity in the absence of required government data-gathering requirements as used in mortgage lending.

The industry may be inclined to anticipate some relief.

However, experts interviewed by Banking Exchange say that while some of what was seen during the Obama administration will likely change as Trump nominees as well as their appointed deputies take office, banks can’t let their guards down. Experts say that banks must continue to do all that they do now to ensure compliance with fair-lending laws and regulations.

How deep will change go?

Andrew Sandler, chairman and executive partner at BuckleySandler LLP, is one of the most experienced attorneys in the fair-lending field. He notes that he is now seeing his sixth presidential transition, as an attorney, two from Democratic to Republican. Fair-lending enforcement has often gone through evolutions, but he points out that even under both Bush administrations, enforcement continued, even if at a slower pace and fewer Justice cases.

In a Trump administration, Sandler says, DOJ “will probably be even less active, but enforcement won’t go away entirely.” Methods, interpretations, and leadership may change, but the law is the law. And even if fewer DOJ actions result, he says, enforcement attention will be seen from other quarters that had been less active during the Obama years.

“Some legal theories may be of less interest to the new administration than to previous ones,” says Anand Raman, partner at Skadden, Arps, Slate, Meagher & Flom LLP. “But it’s important to realize that even with the change in administration, there’s been no change in the underlying laws, which have been on the books for some time.”

The Equal Credit Opportunity Act has been law since 1974 and the Fair Housing Act since 1968.

“I don’t think you’re going to see, in the short term, institutions take their feet off the pedal of fair-lending compliance,” maintains Raman.

While DOJ is a central player to federal fair-lending enforcement, and CFPB ramped up its activity quickly in its short existence, prudential regulators play a key role. And other parties may step up their activity in the wake of any actual or perceived change in federal emphasis.

Even as the presidential inauguration approached, the Obama DOJ kept up its pace. On Jan. 13, DOJ filed suit against KleinBank, charging it with redlining in its residential mortgage business. In a departure from most banks’ public stances—typically, fair-lending cases are settled—KleinBank said in a statement that it “vigorously disputes the government’s claim of ‘redlining,’ which has absolutely no basis in fact.”

Assuming the confirmation of Sen. Jefferson Sessions as attorney general [Update: Sessions took office 2/9/17), Sandler says it is reasonable to expect that the new head of DOJ’s Civil Rights Division, center for the department’s fair-lending activity, will be someone who opposes past policies. The future leadership of CFPB is hazy, but Sandler points out that Director Richard Cordray “has told the troops that it’s business as usual until they shut the lights off.” Cordray said, post-inauguration, that major actions remained to be unveiled at CFPB, not indicating their subject matter. CFPB emphasis under a Trump appointee will change, with the nature and extent of that dependent on who gets the job.

Both DOJ and CFPB have outstanding business, of course—cases that have been in the pipeline for some time. Andrea Mitchell, partner at BuckleySandler specializing in fair lending, UDAAP, and related issues, says that DOJ has clearly been exercising “triage” in reviewing its outstanding case load. Some matters have been accelerated—witness the KleinBank case—while others have been paused, and others apparently dropped, at least for now. Some types of pending cases have been difficult to read, Mitchell points out, because they are not hearing from their counterparts at DOJ, a possible signal that the Civil Rights Division is waiting to see how fair-lending priorities change.

“Fair-lending enforcement is carried out by multiple organizations, which will be affected by various degrees by the change in administration,” says Raman. He predicts that staffs will take a hard look at pending cases, some of which have been on their plates for a couple of years. “I would hesitate to say that there will be a wholesale clearing out,” he adds.

K&L Gates’ Hancock suggests that professional staff, protected by civil service laws, will have influence. “They will be subject to new guidance and priorities differing from past administrations,” he says, “but they’ll still argue for enforcement of civil rights laws.”

An example of this has already shown itself, says Mitchell, in that the consumer protection sections of the traditional banking agencies have come to see themselves as “an overlay on the supervision and enforcement functions.”

“They exercise more assertiveness and feel more empowerment” in fair-lending and other consumer protection matters, says Mitchell. For the time being, the leadership of the prudential regulators isn’t changing, and that leadership created that empowerment, she explains.

At CFPB, Raman says, the announced program for enforcement in 2017 includes facets of fair lending, such as mortgage redlining, loan servicing, small business credit, and student lending, and, for the time being, that is the agenda.

Consumer protection in such areas, Raman says, “tends to transcend party lines.” He expects no change in cases where circumstances appear to be clear-cut.

Even if CFPB saw a leadership change that led to emphasis on matters other than fair lending, there’s a wild card of sorts in the prudential regulatory agencies. The Dodd-Frank Act ushered in many changes in the roles of traditional regulators vis-à-vis CFPB. There’s a pent-up energy at the traditional players.

“The prudentials have been deferring to CFPB,” points out Sandler. “If CFPB begins to do less in this area, the prudentials will step up their game on fair-lending matters.”

Unlike CFPB, the traditional regulators must make referrals to DOJ for a suit to commence. However, there are other ways that bank regulators can exercise their authority in the fair-lending arena. Community Reinvestment Act evaluations, for example, include an element of fair-lending review.

New players in the wings?

So political leadership may not exercise complete control, whatever the official policies turn out to be. All this said, if the turnover in Washington does lead to a major change in federal fair-lending enforcement energy, that is not the whole picture.

Sandler says it is likely that state attorneys general, especially Democrat AGs, will step in and pick up the slack perceived at the federal level.

Further, the quasi-public sector will be watching, and acting, should federal activity fall off. Sandler suggests that public-interest organizations, such as the Center for Responsible Lending and the National Community Reinvestment Coalition, could enter the legal fray directly. Sandler points out that such groups have been out raising money to fund litigation programs.

Bankers will be watching to see how federal enforcement shifts, where it continues. A look at some specific matters:

• Disparate impact. This legal theory has been ground zero for much criticism of enforcement in the Obama years. This expanded the traditional evaluation of disparate treatment—outright discrimination in lending—to encompass unintentional discriminatory effect on minorities or other protected groups. This legal theory does not require DOJ or private plaintiffs to prove intent to discriminate, only the apparent resulting discriminatory result.

BuckleySandler wrote an analysis attacking this theory on behalf of the American Bankers Association in 2012. Yet, the theory has survived attempts to unseat it, culminating in the Supreme Court decision to uphold disparate impact in the Texas Department of Housing and Community Affairs v. The Inclusive Communities Project, Inc.

Sandler and others do not see disparate impact falling by the wayside, but taking on a minor role in enforcement at the federal level. He says the arguments made in the KleinBank complaint indicate that even DOJ acknowledges the limits the court placed on the usage of disparate impact.

• Redlining cases. Originally, redlining cases hinged directly on market areas identified by the government, as specifically excluded by a lender in its marketing and other outreach and explicitly redlined by alleged policy. In recent years, this evolved into criticism of lenders whose lending in “majority-minority” census tracts did not match that in majority-white areas. (A majority-minority tract is one in which over 50% of residents are of a minority race, ethnicity, or national origin. Majority-white tracts are those where over 50% of residents are non-Hispanic whites.)

K&L Gates’ Hancock suggests that this definition of redlining may not sit well with a Republican administration, though Republican-appointed attorney generals have pursued “classic” redlining.

An issue that may be reviewed in this context is REMA. Reasonably Expected Market Area refers to an area that a regulator believes a bank can reasonably serve on the basis of its existing marketing and outreach, and can be defined outside of the bank’s own definition of its CRA assessment area. This concept has been used to examine performance in majority-minority areas.

Sandler believes the new administration’s players will continue to proceed with this effort. In fact, in a recent regulatory discussion she was part of, BuckleySandler’s Mitchell says she heard FDIC representatives suggest that tracking efforts in small business lending to women and minorities in tracts where banks may otherwise be accused of redlining could help mitigate regulatory concerns that banks are not serving the lending needs of those neighborhoods. Smaller banks have complained that they operate at a disadvantage to large institutions in majority-minority tracts. The large institutions can implement major lending initiatives, they say, obtaining much of the potential bankable credits. This leaves the smaller players unable to make loans that could enable them to perform at federally expected levels.

• Auto lending. Experts interviewed indicate that CFPB has already been moving away from its controversial proxy analysis. They say there has been recognition that the practice undermined enforcers’ credibility.

• Statistical analysis. Both for banks attempting to monitor their fair-lending performance and for enforcers investigating their efforts, the statistician reigns as highly as the lawyer. The importance of knowing precisely how the bank is doing will continue, and banks must be prepared to continue spending on this activity.

The government will continue to lean on such analysis, Mitchell says. However, she says it is possible that the federal government will engage in less aggressive interpretation of statistics.

What can a bank do now?

All interviewed agree that banks should do nothing to slack off on their efforts during this period of uncertainty.
In recent years, the importance of maintaining a robust compliance management system has been stressed in the face of increasing federal enforcement on all regulatory fronts. A shift in the federal center of fair lending underscores this expectation.

“As CFPB potentially moves away from fair lending,” says Sandler, “and prudential regulators pick up more of the enforcement, the quality of a bank’s compliance management system will loom more importantly.”

This article will appear in the February-March 2017 edition of Banking Exchange.