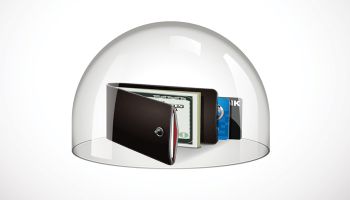 While most banks continue to benefit from a benign credit environment, credit card-focused banks and a bank with significant taxi medallion exposure increased their provisioning for loan losses in the second quarter.

But not all banks were flat. Most notably, Signature Bank increased its provisioning by 856% from the first quarter. The bank attributed the spike to a write-down of its New York City taxi medallion portfolio to levels that management said put the issue in the bank's rear window.

In the second quarter, the bank reported $229.7 million of charge-offs in taxi medallion loans; the rest of its loans had zero issues, actually providing a small net recovery. On the bank's earnings call, management painted the provisioning spike as an anomaly, projecting $20 million of provisions for the rest of the year and less than $50 million for all of 2018 in contrast to the $187.6 million of provisions the bank booked in the second quarter alone.

"We could see a fairly large decline in the provision expense, but we're just trying to be careful there," said Eric Howell, executive vice-president of corporate and business development for the bank, according to a transcript of the July 19 earnings call.

Generally, analysts and management attributed the increases to portfolio seasoning and not necessarily a sign of credit deterioration. Barclays US LLC reported a 33% quarter-over-quarter increase in its provisioning, and Discover Financial Services reported a 9% linked-quarter increase.

While the bumps were not huge, both credit card-focused banks were already provisioning in excess of net charge-offs, so the increases translated to a 140% provision-to-net-charge-off ratio at the Barclays unit and 123% ratio at Discover.

Speaking at a Sept. 12 investors conference hosted by Barclays, a Discover executive said the increase to provisioning represented a normalization of credit costs as opposed to any increase in late payments.

"We will expect seasoning to continue associated with this growth. It will drive provisioning despite that stabilization in delinquency," said R. Mark Graf, CFO for Discover, according to a transcript.

Other credit card-focused banks have also reported higher provisions. Capital One Financial Corp. reported a $152 million year-over-year increase in its loans and leases provision, which it attributed to higher charge-offs in its U.S. credit card portfolio, according to a regulatory filing. And while JPMorgan Chase & Co. reported a decrease in its overall provisioning across all product types, the bank similarly called out an increase in provisions for its card portfolio.

James Sinegal, an equity analyst who covers large banks for Morningstar, said the increases in provisioning for credit cards is not yet a concern. He points to unemployment rates as the best indicator of credit card performance, meaning the current stable employment picture suggests continued strong performance.

"Provisions are up, but if you look at the actual level of charge-offs, they haven't moved dramatically," Sinegal said. "It's hard to see what there really is to be worried about at this point in the cycle."