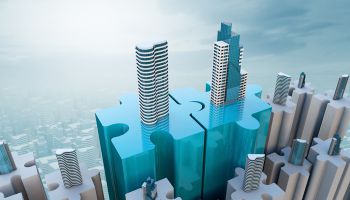 Two longtime western banking institutions are coming together in reaction to ongoing changes to the banking landscape.
Two leading banking associations in the west have announced their intentions to merge, with the proposal to be presented to their memberships later this month.

The California Bankers Association (CBA) will take over the Western Independent Bankers (WIB) and the combined organization will become known as the Western Bankers Association, according to the proposal. The two original names will be retained under the new brand: CBA for advocacy activities and WIB for conferences and education.

As proposed, the combined groups will be headed by Simone Lagomarsino, president and CEO of CBA currently. The current head of WIB, Michael Delucchi, will direct training and education for banks throughout 13 western states and U.S. territories.

The merged organizations will serve 250 members.