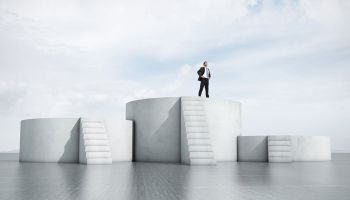 Strong expansion in commercial loan yields has pushed net interest margins at U.S. banks to the highest level in more than five years.

Continued rate hikes by the Federal Reserve offered a considerable lift to yields on commercial and industrial credits in 2017. While the increases in short-term rates also pushed deposit costs higher in the period, the increases were only modest, allowing net interest margins to expand.

The banking industry's margin has now risen more than 30 basis points from the recent low point sustained in the first quarter of 2015. Margins were under pressure between 2012 and 2015 due to persistently low interest rates and fierce competition for quality credits that caused many banks to lower prices on loans.

Competitive pricing pushed loan yields lower across the banking industry, but that pressure subsided early in 2017 and yields began rising in the second half of the year, buoyed by a roughly 70-basis-point increase in key short-term interest rates such as the London Interbank Offered Rate.

Yields on commercial and industrial loans, which are generally tied to short-term rates, rose the most of any loan segment, jumping 47 basis points in the period. Still, competition in the commercial loan market prevented yields from rising in step with increases in short-term rates.

Bankers said in the Fed's recent quarterly senior loan officer survey that spreads on C&I credits to larger and middle-market firms, relative to their cost of funds, contracted for the 32nd consecutive quarter. That survey featured responses from 71 domestic banks and 23 U.S. branches and agencies of foreign banks and focuses on changes in lending standards and terms.

In the survey, a net 16% of banks responding reported weaker spreads on C&I loans to large and medium-sized firms, relative to the lenders' cost of funds, down from 27% in the last quarterly survey, published in October.

S&P Global Market Intelligence found in a separate analysis of the nonsyndicated commercial loan market that average spreads held steady on higher-rated credits but declined modestly on some lower-rated loans. The analysis looked at credits with risk ratings between 1 and 12, with the latter associated with the lowest origination grade. The analysis focused on loans with risk ratings between 5 and 12, since generally only 3% of loans originated are rated between 1 and 4.

Yields on loans tied to long-term rates, meanwhile, felt some pressure from erratic changes in the market. The yield on the 10-year Treasury fell 40 basis points at the beginning of 2017 to a low of 2.05% in early September as concerns over slowing economic growth and a lack of policy changes in Washington D.C. permeated the market. The yield on the 10-year rose considerably from that point, closing the year at 2.40% amid a rebound in economic growth and the passage of tax reform.

Yields across bank loan portfolios should continue to rise further in 2018, supported by additional rate hikes by the Fed and the recent surge in long-term rates that has pushed the 10-year Treasury yield to the highest level in nearly four years.

Funding costs, however, are also poised to move even higher in 2018. Deposit betas, or what percentage of changes in market rates banks have to pass onto their customers, rose throughout 2017 and likely will increase further in 2018 as short-term rates migrate higher and banks' funding needs begin to grow. The banks that are best able drag their feet and increase deposit costs at slower rates than their peers are in the best position to report continued margin expansion in the coming year.

This article originally appeared on S&P Global Market Intelligence’s website on Feb. 12, 2018, under the title, "US bank margins reach highest level in 5 years"