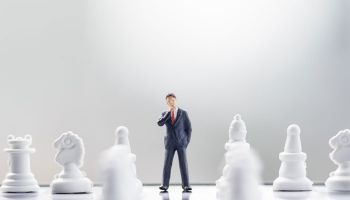 Even for CFPB there is always a process before a regulatory concept becomes a compliance duty. The bureau seeks comments on its rulemaking process in the latest round in CFPB's pending revamp.

During the long run of the comedy series “Seinfeld” Jerry’s neighbor Cosmo Kramer struck publishing success with his idea for a coffee-table book about coffee tables. In the seventh of its long ongoing round of requests for information about its practices, under Acting Director Mick Mulvaney, the Consumer Financial Protection Bureau is seeking comments about its process for seeking comments on rulemaking and the other details of the rulemaking process itself.

In the bureau’s March 7 announcement, it specified that it is at this point looking for input on the discretionary aspects of its rulemaking, as opposed to regulations it is required to implement under law or which it inherited when it was created. (Certain rules formerly controlled by the Federal Reserve Board came under the bureau, for example.)

The announcement states that the bureau will issue later requests for information regarding potential modifications to regulations adopted by the bureau as well as those it inherited. This latest request is strictly about bureau rulemaking processes, spelled out in considerable detail in the request.

An interesting point: “Comment is specifically ought on methods by which the Bureau might better obtain meaningful, nationally representative data from stakeholders for use in assessing benefits and costs of proposed rules. The Bureau is particularly interested in suggestions on how the Bureau might best encourage industry and other stakeholders to share data to inform a potential proposed rule and whether concerns about treatment of proprietary business data could be better addressed consistent with existing law.”

The announcement indicated that the following areas would be the subjects of upcoming requests for information: bureau adopted rules; inherited rules; guidance and implementation support; consumer education; and consumer inquiries.

The latest request was expected to be published in the Federal Register on March 9.