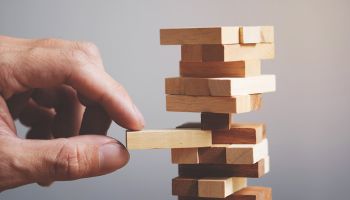 Thomas Hoenig has a diverse resume in banking regulation. He was president of the Federal Reserve Bank of Kansas City from 1991 to 2011 before Republicans tapped him in 2012 to serve as vice chair at the Federal Deposit Insurance Corp. During his time at the FDIC, Hoenig urged policymakers and regulators to take a more aggressive stance on capital levels by advocating for a 10% equity-to-assets ratio requirement, which never gained traction.

More recently, Hoenig expressed support for community bank relief in the Senate's Dodd-Frank revision bill but slammed proposals to ease the calculation of the supplementary leverage ratio for custody banks and provide an exemption for Volcker rule compliance.

Hoenig spoke with S&P Global Market Intelligence on April 2, the last day of his term. Below is an edited transcript of that conversation. With no confirmed nominee to take his seat on the board, Hoenig can continue to serve but has said he will leave "soon."

S&P Global Market Intelligence: Now that we're 10 years out from the crisis, what is your broad assessment of the safety and soundness of the banking industry?

Thomas Hoenig: The banking system is certainly stronger than it was in 2006, 2007, and 2008. At that point they were using the leverage ratio of tangible capital. They were 3% and now they’re 6%. And that’s an improvement.

However, that's not adequate. It still is very much dependent on the safety net itself. It allows banks, especially some larger banks, to acquire funds below costs that wouldn't be there if they didn’t have the government safety net. But still, give them credit. Things are better than they were but not where I think they would be in a market-driven economy where they were not subsidized to the extent that they are.

S&P Global Market Intelligence: Some lawmakers argue that additional congressional oversight would make independent agencies more efficient. Do you have an opinion on the subject of bank regulators' independence?

Hoenig: Congress can do as it thinks is correct. They have enormous influence over these independent agencies. Just think of the hearings that are called. I don't think that there's a lack of oversight.

I will tell you personally that I think of the number of deregulatory actions that Congress took ... the elimination of Glass-Steagall, for example—when they do that they have a certain responsibility for the outcome as well. I think it's not a simple matter of saying "appropriate their funding." That is just one way of controlling them but I don't know if it depoliticizes them.

S&P Global Market Intelligence: So did the repeal of Glass-Steagall cause the crisis, in your view?

Hoenig: I don't think Glass-Steagall repeal was a cause. But did it contribute? Sure. Because what you did is allow the mixing of banking and investment banking which had the effect of bringing the investment banks into the safety net. The argument given for doing that was making them more competitive. But in effect, you have the banking industry, with deposit insurance and access to major liquidity, and the investment banking broker/dealer business outside of that and you say "now you can both do that."

Hoenig: By carving out the custody banks [in exempting funds parked at the central bank from the calculation of the supplementary leverage ratio], they are actually weakening the system because those institutions are major depositories for other institutions. It is paramount that they be thought of as sound in a financial crisis. And we learned from the last crisis that because they also were highly leveraged, people wondered if they were solvent as well. So we ended up guaranteeing tens of billions of dollars on these institutions.

That does not suggest that they should be given exceptions now, as proposed in that legislation. On holding reserves at the Fed as a reason to reduce their capital, they argue that doing so makes them less competitive but they have the highest return on equity of that group now. So it's a false argument and it ... makes them less able to be the depository preference in terms of safekeeping. And I think that's wrong. It's an error.

S&P Global Market Intelligence: The bill also proposes raising the threshold for a systemically important financial institution to $250 billion from $50 billion. Do you see that as putting more pressure on the FDIC's Deposit Insurance Fund, which is about to reach its target ratio of 1.35% relative to insured deposits this year?

Hoenig: Is the FDIC fund large enough? No. It's not. It's large enough for smaller banks to fail. They already have more capital than the SIFIs, so let's not forget that. Second thing is: They have far less trading. They're much less like a broker/dealer or an investment bank, so the ability to manage through that failure is much greater because their financial footprint is so much smaller.

So I think they're manageable. I'm not so worried about removing the so-called living will requirements from them because they don't have the impact of the largest [global systemically important banks] by any stretch.

Hoenig: I definitely will be going back to Kansas City but I also will stay hopefully involved here in Washington.