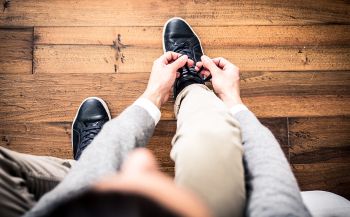 Welcome to Banking Exchange magazine’s inaugural 20 Under 40 Awards. “Under 40” listings are not unusual. In fact, several of the bankers on the following pages have been named to such lists at the state or local level. But no under 40 list existed in banking nationally.

Now one does, and it seems appropriate for a publication with the tagline “The Voice of The Next Generation of Banking” to have it.

Over the next few pages, you will find profiles of 20 up-and-coming bankers. All have already made an impact not only in their respective institutions, but also in their communities, and often in their states. A few made it onto the national stage—prior to this contest.

Collectively, these individuals—11 men and nine women—will help banking thrive in the next decade. Going by this first group of winners, the industry will have a bright future. These young bankers are pushing for changes and already have brought about change despite the relatively early stage of their careers.

Every effort was made to make the selections fair and the judging rigorous. Each entry was reviewed and scored by at least two judges. In a few instances, judges recused themselves from a particular entry where there was a close connection.

Here are the four individuals who served as judges for the 2018 Banking Exchange 20 Under 40 Awards:

The judging criteria statement used by the judges in reviewing the entries is as follows:

“We are seeking nominees who display leadership; can demonstrate that they have made a difference to their organization, including to the community in which the organization operates or to the industry; have a vision for the future of their institution, for banking, or for the particular department/unit within which they currently work; and generally could be viewed as ‘an up-and-comer’ in the field.”

Please join us in congratulating the winners. We have endeavored to capture something of their personalities, views, and noteworthy qualities in the following profiles.

The profiles, starting on page 16, are not presented in any order. All 20 are Next Generation of Banking Leaders.

To Read the Full Story (PDF)