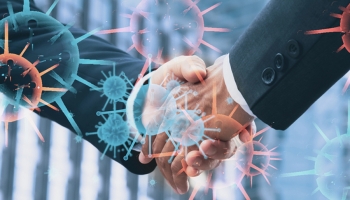 Pinnacle Bank and Virginia Bank have delayed their planned merger due to “near-term operational challenges” stemming from the COVID-19 pandemic.

In its first-quarter earnings report, Pinnacle said both banks had “dedicated a significant amount of time and resources” to faciliting Paycheck Protection Program loans in the past few weeks.

“Pinnacle and Virginia Bank remain fully committed to completing this transaction once the environment stabilizes and uncertainty surrounding this pandemic subsides,” Pinnacle stated.

The two companies agreed the merger in January. Once complete, the new entity will have approximately $703 million in assets, $624 million in deposits and $537 million in loans, based on data as of September 30, 2019.

On the east coast, a planned merger between Bank of Southern California and CalWest Bank has hit a snag as the former’s shareholders failed to approve the deal.

CalWest shareholders “overwhelmingly approved” the plan at an April 22 meeting, according to a joint statement from the banks.

However, Bank of Southern California’s board was forced to adjourn its meeting, held on the same date, after it failed to reach a two-thirds majority in favor of the deal.

The board said it continued to support the planned merger and would explore alternative options to convince more shareholders to do the same.

The merger was announced in October.

The four branches – located in the “eastern panhandle” area of West Virginia – have $188 million in deposits between them, and a combined loan book of nearly $37 million.

MVB said the sale was part of an effort to focus on “core commercial markets”. It recently acquired the deposit book of The First State Bank – which is expected to generate a $6 million gain for MVB – and bought fraud prevention specialist Paladin.

The bank is also close to completing a merger between its mortgage arm and the Intercoastal Mortgage Company.

Larry Mazza, president and CEO of parent company MVB Financial, said: “The closing of this banking center sale adds to our capital position as we all navigate the uncertainty of COVID-19. That MVB is able to execute four strategic moves and create approximately $16 million in pre-tax earnings in a difficult economic environment speaks to the adaptability and commitment of Team MVB.”

IBERIABANK has received shareholder approval for its planned merger with First Horizon National.

The deal, announced in November, will create a financial services company with $75 billion in assets, $57 billion in deposits, $55 billion in loans, and a diversified business portfolio across 11 states.

Daryl Byrd, president and CEO of IBERIABANK, said the merger would “provide a superior platform to better serve our stakeholders and communities”.

The merger is expected to close by the end of June and is subject to regulatory approvals.

Meanwhile, Northwest Bancshares and MutualFirst Financial have completed their $213.4 million merger, which was first made public in October.

The new entity now has $12.8 billion in assets and 214 branches across four states.

Ronald Seiffert, chairman and CEO of Northwest, said: “The management teams and employees of both Northwest and MutualFirst Financial have worked tirelessly over the past six months to prepare for the integration of our two companies.

“We believe that this transaction will help deliver value through increased operating scale and new market opportunities.  The combined strength of our institutions will allow us to better serve customers across all of our markets with a wide range of financial products and services, while maintaining the personal service they expect from their community bank.”