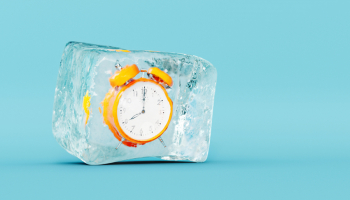 The delay in the merger of First Citizens and CIT Bank has been branded as a credit negative by Moody’s, with both firms left in limbo and unable to begin their long-planned integration.

It follows an announcement from First Citizens and CIT Bank as they extend the merger agreement from October 15, 2021, to March 1, 2022, after the Federal Reserve Board (Fed) delayed its regulatory approval.

The initial merger announcement anticipated that the transaction would receive all regulatory approvals by mid-2021.Whilst the merger has received approval from the Office of the North Carolina Commissioner of Banks and the Federal Deposit Insurance Corporation, the Fed is yet to approve the merger.

Moody’s said that the Fed’s review of the merger has been “unusually long” and used its analysis of 14 sizable M&A transactions involving US banks between 2019 and April 2021 to demonstrate this.

The review found that the average time from deal announcement to Fed approval was roughly six months, in contrast to the First Citizens and CIT deal which hits its one-year anniversary this month.

Moody’s added that the reason the delay has occurred is because the proposed merger will form a bank with assets of approximately $110bn and will expose First Citizens which will have a 61% stake in the combined firm.

It adds that the firm is also “relatively inexperienced” in the specialized national lending businesses which include rail, maritime, energy and factoring.

The delay, according to the credit rating agency, could also stem from implications of US president Joe Biden’s executive order which targeted the banking M&A sector and encouraged the Fed to update merger guidelines to “provide more robust scrutiny”.