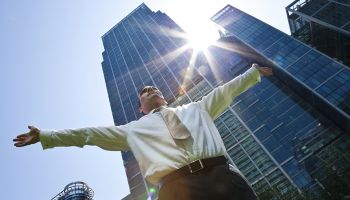 Amid indications that commercial real estate credit activity has been picking up again at the nation’s banks, an inter-industry survey reports a strong preference for commercial banks as a source of CRE credit.

Here’s a roundup of news and trends regarding CRE, as the nation’s economic recovery continues.

Banks are lender of choice

Four out of ten commercial real estate borrowers surveyed for the CRE Finance Council said they will target commercial banks for funding in 2014, though they believe that lenders in general have grown more competitive for their business. This preference for banks represents a margin of two to one over other sources of credit. Those additional sources include life insurance companies, government sponsored enterprises, commercial mortgage backed security conduits (CMBS), and private lenders.

Overall, the respondents said, banks and life insurance companies are the most competitive players in terms of all factors except the size of the loan. There, CMBS firms come in as more competitive.

The council consists of  lenders, investors, and servicers working in commercial real estate finance and the survey drew on nearly 100 organizations representing different types of owners and borrowers.

The survey reported that nearly half—46%—of the sample intends to increase borrowing for new CRE financings in 2014, while 21% expects to reduce such borrowings.

Meanwhile, recent studies from both the Comptroller of the Currency and FDIC indicate the beginnings of significant shifts in CRE activity among banks.

This news comes from the Comptroller’s just-released 2013 Survey of Credit Underwriting Practices, based on input from 86 banks and savings institutions of $3 billion or more in assets, and from FDIC’s Credit and Consumer Products/Services Survey. FDIC regulates many community banks and the latest version of the agency’s survey drew on more than 3,700 completed surveys. Both documents base their findings on data or examiner reports as of June 2013.

“Examiners cite the competition in the real estate market, product performance, risk appetite, change in market strategy, and increased liquidity as the main reasons for banks’ net easing of standards,” the report stated.

The nonconstruction CRE lending category—actually the most commonly offered credit type, with 87% of the sample making such loans—appears to be more available than a year ago. Examiners reported that 24% of banks offering this kind of credit had eased underwriting standards, while only 8% tightened standards.

The survey report stated that 35% of the examiners surveyed believe that non-construction CRE lending risk will rise over 2014.

“Performance of these products remained weak,” the study said, “and many banks have either exited the product or significantly curtailed new originations.” The vast majority of banks still in this space haven’t changed their standards, and no bank has done any easing.

FDIC’s study noted a reduction in the frequency of higher-risk lending practices in CRE credit, though riskier strategies have not disappeared. In the second quarter of 2013, there was a slight uptick in an area that was a problem in the runup to the Great Recession—ADC, or acquisition, development, and construction lending.

“Coming after a long real estate downturn, a return to growth could be considered a healthy sign, especially since survey results indicate these banks generally have not loosened underwriting standards,” the report said. “Nevertheless, growth in concentrated portfolios has been an important risk factor in banking crises. … appreciable loan growth should be supported by an appropriate infrastructure of skilled lenders operating under a framework of appropriate underwriting, credit administration, and risk management policies.”

The report also noted that “the uptick in loan growth is also being driven in part by improvements in banks’ financial conditions.” As problem loans have receded, banks can once again put more emphasis on originations, instead of cleanup.

“Bank lenders are easing their standards, leading to increased

CRE lending volumes and a rebound in commercial mortgage-backed securities issuance. Transaction activity and pricing are healthy for prime properties.”

This pace pulled delinquencies for U.S. commercial real estate loans in CMBS down to 7.43%, a fall of 228 basis points compared to yearend 2012. And the level was down even more—291 basis points—over the peak level of delinquencies hit earlier in 2012, at 10.34%.

“We still believe there is more room for improvement in the near term,” TreppWire reported, “and that a rate below 7% could be in the cards before long.”