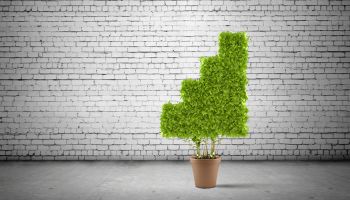 With rare exceptions—the Texas and North Dakota energy booms come to mind—growing commercial loans and commercial real estate loans today means increasing your share of market at the expense of another lender.

The trick is to do that well while taking prudent, controlled risks, and not finding your bank “winning” a deal that a rival was just as happy see move to your portfolio.

Bankers from institutions with strong recent growth stories shared some of their strategies during a panel discussion at ABA’s recent Real Estate Lending Conference. One overall common point expressed among them was this: Expand your bank deliberately, bolstering the growth effort with fundamental banking practices.

• Build risk management first. Connecticut’s Farmington Bank grew to $2.2 billion-assets under chairman, president, and CEO John Patrick, but he said one of his earliest priorities was building a risk management framework.

The savings bank, which began as a mutual but converted to stock form, in part to facilitate capital raising, sought significant growth. Patrick said that management had extensive discussions with the bank’s board regarding what it would take to become a high-performing bank. A detailed strategic plan was devised, and management and board made a point of sharing it with every employee. This helps everyone understand what the bank’s aims are.

Patrick said that the bank built a risk management apparatus up front that would be sophisticated enough to handle the bank that it wanted to become, rather than the one it was. “This way we could grow into it,” said Patrick.

Given commercial customers’ preference for fixed-rate loans, and banks’ desire for floating rate assets, the bank found a larger bank that helped it set up an interest-rate “swaps” program. This gave both sides of the deal what they required. Among the partner’s duties was briefing Farmington Bank’s board so directors would fully understand and be comfortable with the protective swaps arrangement. Note that the swaps program also generates some fee income.

• Adopt a sales culture, for real. $16.1 billion-assets Valley National Bank, Passaic, N.J., is the result of over two dozen mergers and acquisitions over 36 years. One of the bank’s challenges in recent years has been creating a unified sales-oriented culture where selling isn’t just something management hopes for. Today, said Patricia Arnold, senior vice-president, commercial loans, lenders receive formal goals, and management evaluates them accordingly. The expectation, she said, is straightforward: “You need to make your goals—or you need to move on.”

In a similar vein, Stephen Novak, senior vice-president at $3.4 billion-asset Lakeland Bank, Newfoundland, N.J., said his lenders have been schooled to aim for multiple deals. While large deals can be profitable, Novak rejects “do one and be done” for the year thinking. If a lender can close ten smaller deals, that leads to ten satisfied businesses spreading good word of mouth instead of one. “And that leads to a lot of traction,” said Novak.

Novak also noted that second to finding customers is customer retention. “If you are good at bringing in business, but terrible at keeping it, that’s not good for your bank,” he said. Lakeland uses software that reminds lenders to keep “touching” customers at appropriate frequencies to make sure the bank doesn’t drop out of sight.

“You don’t want them to leave through the back door,” he explained, when competition quietly offers them a bargain to steal market share.

But not at banks on the panel. Arnold says Valley hires 30-40 interns a year to develop into bankers. Some leave, she said, “but you keep a percentage of them” and this helps the bank build a skilled staff of lenders. Patrick said that his bank, though much smaller, has formed a internship program with a local college that produces credit analysts for the bank. Some of these interns go on to lending positions at Farmington Bank.

• Encourage business borrowers to “marry” their lenders. Novak said that Lakeland Bank strives to keep the banker that brings a company to the bank involved with the customer. The intent is to keep a happy client connected to a banker they trust so they will provide entrée to that officer for their business contacts.

• Don’t resist stress testing principles. It is not uncommon for community bankers to bridle at the thought of “stress testing,” and regulators have made it clear that the massive stress testing demanded of the largest banks in several forms does not apply to smaller banks. But the panelists said the concept of stress testing and similar practices is important going forward, especially for a bank that intends to grow more business credit.

“When rates go up, things are going to be stressed,” said Connecticut banker John Patrick. A bank that doesn’t subject its portfolio to stress testing of some kind risks surprises later on.

“This is something that regulators are really looking at now,” he said.

• Know your strengths—and use them. Bankers spoke of the need to not attempt to re-invent the wheel, instead partnering with other players who can bring that “wheel” to your customers.

But they also spoke of taking advantage of strengths the bank has that competitors can’t match.

Novak said that Lakeland Bank is good at residential development lending. “As a result,” he said, “I get chances to talk to prospects because my competition doesn’t do it.”