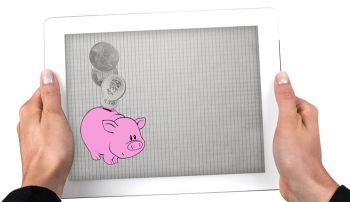 Today's teens will likely never wait for transportation for more than two minutes, can buy nearly anything with the click of a button and have it delivered in 24 hours, and can instantly consult 1,000 of their closest friends on any decision large or small.

These once far-fetched notions are the reality of a generation of teens 21 million strong. Surprisingly, though, a recent study by Better Homes and Gardens Real Estate indicates that this generation of teens ages 13-17, part of Generation Z, is very traditional in their views toward homeownership and is willing to give up modern luxuries for the mainstream definition of the American Dream. The survey was conducted by Wakefield Research among 1,000 U.S. teenagers ages 13–17 in July 2014 using an email invitation and an online survey.

Majority still want to own their own roof

Four out of five (82%) Gen Z teens surveyed indicate that homeownership is the most important factor in achieving the American Dream.

For 89% of respondents, owning a home is part of their interpretation of the American Dream, followed by graduating from college (78%), getting married (71%), and having children (68%).

How much does this dream really mean to today's teens? Findings show that 97% believe they will own a home, and they are overwhelmingly willing to make sacrifices now if it means getting their ideal home in the future. Remarkably, 53% would be willing to give up social media for a year (tied with doing twice as much homework every night), 42% would go to school seven days a week, and 39% would take their mom or dad to prom.

"We have a clear view of tomorrow through our millennial consumer research—now it's time to look at the day after tomorrow," says Sherry Chris, president and CEO of Better Homes and Gardens Real Estate. "Today's teens are fiscally literate and realistic when it comes to their future. It's quite profound that a generation that has never known a world without social media is willing to give up such a staple in their modern lives to achieve their dream home. With such mature insights at such a young age, Gen Z could very well be primed to be the next great generation."

Online home shopping a given

Not surprisingly, 95% of these Gen Z future homeowners believe they will take key steps in the home buying process online. Viewing home listings and taking virtual tours reign supreme, however, 29% expect to video chat with real estate agents. While this generation has been navigating the mobile and online space for years, a 59% majority believe they will undertake the search process for their future home with help from a real estate agent. When it comes to buying, a mere 19% believe they are likely to purchase a home online, while 81% will use more traditional methods such as working with a real estate agent.

"For a generation living in an online world and knowing no limits to online commerce, seeing the overwhelming response from today's teens on the value of working with real estate sales associates reinforces the importance of relationships and the human element in such a sophisticated and important transaction," says Chris.

Understanding the people behind Gen Z

Other findings from the survey include:

• They are still young, but Gen Z is already considered one of the most entrepreneurial generations.

However, when asked what they'd rather have in the future, 77% chose owning a home over owning a business. And while teen years are filled with aspirations and dreams, 54% do not believe they will achieve millionaire status in their lifetime.

• They aim to own their first home by age 28—three years earlier than the median age of first-time homeowners, according to the National Association of Realtors.

They do however, expect to progress through certain traditional milestones before they purchase their first home like earning an advanced college degree (60%), getting married (59%), owning a pet (58%), and having children (21%). Seventy-six percent believe they are most likely to live with their significant other when purchasing a home versus living alone (15%) or living with a friend (8%).

• Of the 97% who believe they will own their own home, respondents estimate paying on average $274,323 to purchase their first home.

According to the latest U.S. Census data, the median cost of a home today is $273,500, so they are right on track and already well-informed.

• Fifty-one percent of Gen Z believe they know more about saving money compared to their parents at the same age.

Of that group, 65% attribute this belief to discussions they've had with their parents about saving and 41% give credit to learning about the economic recession in school. Sixty-one percent believe they are more knowledgeable since they have already begun saving money. This generation may be getting more than just advice from their parents. Fifty-seven percent believe their Mom and Dad are likely to help them buy their first home.

• Home is where their home was—nearly.

While city living tends to appeal to young generations looking for a variety of career, entertainment and social opportunities, nearly half (47%) of respondents said their future home will most likely be located in a suburban neighborhood, followed by a city (23%), country or rural areas (20%), and destination locations (10%).

Gen Z teens want to stay fairly close to where they grew up, but only 17% believe their ideal home would be located in the same town. Thirty-nine percent plan to stay within the region—like the Northeast or Midwest—and 36% plan to stay in the same state.

• On average, this generation plans to own just two homes in their lifetime.

When it comes to prioritizing square footage versus amenities, it's nearly a 50/50 split.