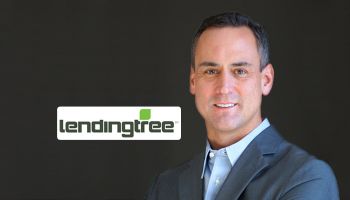 There’s a heck of a lot of newer players out there in the financial services space, and it may be that you think of LendingTree as a competitor. That’s a dated view, because the company exited the direct mortgage lending business in 2012, when it sold its mortgage origination operations.

Today, LendingTree may work with a lender that competes with your bank for mortgages, personal loans, auto loans, or even small business loans, but LendingTree isn’t lending. It’s helping lenders through online lead generation.

Chairman and CEO Doug Lebda actually sees LendingTree as a media company.  But with the launch of a new website service called MyLendingTree in June 2014, he has hopes of being much more.

Lebda started LendingTree.com in 1998 after going through a frustrating search for a first home and a mortgage to go with it. The site was designed to give consumers a central place to shop for, and be considered by, mortgage lenders, who at that time paid for leads as well as for closed loans. In 2003 media titan Barry Diller bought the company and made it part of his IAC/InterActiveCorp, but spun it out in 2008.

Since then, Lebda has been rediscovering and reimagining the company’s roots. This includes increased penetration into the lender community, including banks, and broadening the company’s business beyond lead generation for home lending. Further, LendingTree is also creating an innovative new approach to consumer financial relationships while making full use of the increasing factor of automation in that business—MyLendingTree.

Lebda doesn’t plan on being a media mogul, when he speaks of being in that business. “I mean that more as an abstraction,” he explains in an interview, “in that lenders are using us as marketers and we are bringing in customers—‘audience’—with content.” The site and ancillary functions make money from leads, not from anything like banner advertising.

“You can call us a marketplace,” says Lebda. “The premise of the company is to give the consumer multiple competing bids for their business, which is gathering an audience, similar to Zillow or even Expedia. It’s different from a retail model, where we would buy money and mark it up.”

MyLendingTree is a major new step in that direction. Consumers join the service by providing some of the essential personal data that would enable a lender to determine if that person represented a potential customer for the mortgage or other credit types that the company provided. MyLendingTree relationships essentially become an “account” with the website.

After signup, one of the first bonuses consumers obtain for joining is an instantaneous credit score and report, with a plain English explanation of how the score is arrived at and what affects it going forward. Monthly, the consumer receives updates.

“This is a game changer for LendingTree,” says Lebda. One key advantage is that the consumer can now receive offers from lenders on an ongoing basis, without the company having to spend more on television advertising, one of its main promotion channels, to reacquire that consumer, he explains.

“Everybody in America should have a MyLendingTree account, just like everybody has an Amazon account,” says Lebda. He compares the result to  Kayak.com’s ability to bring multiple carrier and other opportunities to travellers, “with all the personalization and repeat business of an Amazon.”

More than 2,000 people have been signing up daily for MyLendingTree, with the total north of 100,000, according to Lebda. He says this is a win all around. Participating lenders get fresh leads, LendingTree can expand its business, and consumers obtain more of the conditional offers for their credit needs that the service provides. Through popup windows, MyLendingTree also makes various suggestions regarding other types of credit that a consumer may need. Lebda says that having to only enter personal financial information once saves consumers considerable time, as well.

As an example of what they obtain in terms of offers, Lebda points out that LendingTree currently has rate quotes from interested lenders that span five percentage points.

“We save people money,” says Lebda, “because we give them transparency in the marketplace. And consumers need that transparency.”

LendingTree is regulated by state authorities, but also falls under the Consumer Financial Protection Bureau’s umbrella. “In conversations with the bureau they’ve been very supportive of what we’re doing,” says Lebda, “because we bring that transparency.”

“So somebody might get an offer at 12% and that same borrower gets an offer from a different lender at 17%,” says Lebda. “So you can save some real and substantial dollars by working through us. And we feel we can save lenders real money too, because we help get them additional volumes at levels they can handle.”

Typically lenders turn on the LendingTree “tap,” so to speak, when their own mechanisms for generating additional business lag behind the pace they wish to maintain. In a recent update to the company’s service, prospects can be put directly in touch with local offices of the providers whose parameters have been met by a given lead. Lenders can specify multiple factors, such as borrower credit quality and geographic markets to be drawn from.

Lenders also use LendingTree to expand their reach.

As an analogy, Lebda points to major hotel chains that have their own sophisticated web programs.

“They also buy exposure on Hotels.com, Priceline.com, Expedia.com, and other intermediaries,” he says.

Lebda makes such a comparison to Amazon for MyLendingTree that it’s obvious to ask, why wouldn’t Jeff Bezos move his behemoth into LendingTree’s forest?

After all, with Amazon long since becoming much more than a place for books—and with Bezos personally investing these days in rocket engines—is it that much of a stretch to think about Amazon becoming a player in financial services, even as a clearinghouse, as it is with goods sold by other companies?

It’s not rocket science, after all.

“They’re a retail company,” he explains. “Fundamentally they buy stuff, mark it up, and ship it to you. I don’t see them in financial services—it’s the regulatory issues.”

LendingTree already has competition from companies such as Credit Karma, Lending Club, and Prosper, though such companies can also be collaborators with his company in some areas.

But he does admit some concern over the ubiquitous Google.

Google, he says, could someday be a competitor. Overseas, they may already be making a move, he says.

“It wouldn’t surprise me if Google came into this space here,” says Lebda. He thinks the giant company will wait until more people begin doing their borrowing through online portals, and then strike in.

But he’s spending his time looking for ways to add more Amazon-style functionality and avenues to LendingTree—and building the banking industry connection.

Expanding the lender base

LendingTree works with a wide variety of lenders, from nontraditional player with names that don’t even connote “credit” to banks themselves, both large and small.

“We will work with any lender, any size as long as you do right by your customer, you want volume,” says Lebda. “We’re agnostic. We’ve got big banks, little banks, and I think we’ve got a credit union or two, too.”

A significant opportunity for banks, says Lebda, is something the company has been working on with nonbanks: private labeling of the LendingTree platform. This is a work in progress, but Lebda believes that it could be a good model for banks. This would include features such as MyLendingTree, used as a means to keep consumers engaged.

What’s the next branch?

Lending is but one side of the balance sheet. Lebda does not want to become an intermediary, in the sense that a bank is. But do noncredit products have any appeal?

Deposits don’t get him very excited. Seeing LendingTree’s model as lead generation and information gatherer, he doesn’t see much potential in deposits, even though predictions are that they will be harder for banks to find when rates inevitably rise.

“Guys like Bankrate.com aggregate that information. That’s not our thing,” he says. LendingTree would rather focus on making a connection between consumer and provider in areas where that is still not efficient.

“Insurance,” Lebda says. “That I could see.” There’s a natural tie in there between lending and the need for coverage.