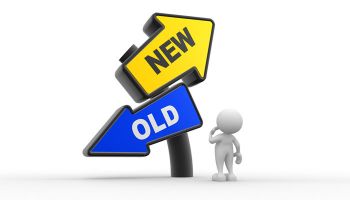 U.S. small businesses and mid-sized companies are not being shy about cutting ties with existing banks in favor of new providers offering better pricing, capabilities, and service, according to research by Greenwich Associates.

Historically, corporate bank “switching” rates have averaged about 10% annually. Since the global financial crisis, these rates have been much higher.

• About 25% of 144 small businesses interviewed in the third quarter of 2014 said they changed banks in the past 12 months.

• Eighteen percent of the 153 mid-sized companies changed banks in the past year—up from the 14% switching rate reported in November 2013.

“High switching rates have proved surprisingly persistent over the past several years,” says Greenwich Associates consultant Dana Schwaeber. “It remains to be seen if we have hit a ‘new normal’ in the industry, or if we are seeing the effects of specific market conditions that may recede over time. There is no doubt that, at the moment, companies are very open to solicitations from new providers.”

Mid-sized companies that switch banks do so mainly to get a better price on loans or other banking products. Among small businesses, the top reason for bank switching is to upgrade bank product capabilities. Among both groups, the second-most-frequent motivation for changing banks is dissatisfaction with the original bank’s relationship manager or other representative.

Widespread displeasure with relationship manager service could be a function of relatively high levels of turnover in bank staffing. Twenty-eight percent of small businesses and 21% of mid-sized companies said their primary point of contact with their bank changed over the past 12 months. Between 30% and 40% of companies that experienced turnover said it had a negative impact on their relationships with their bank.

When the nudge is intentional…

Although companies are generally not aware that banks are trying to push some of them to more cost-effective channels, Greenwich Associates’ research on client satisfaction does reveal one finding that could a signal that companies are beginning to feel the effects of this effort.

Over the past 12 months, some companies that were giving their banks the highest possible satisfaction ratings (five out of five) have downgraded their providers to more middling threes or fours.

“This could be an early indicator of the impact of changes in bank coverage strategies on overall client satisfaction scores, and on the strength of companies’ relationships with their banks,” says Greenwich Associates consultant Duncan Banfield.