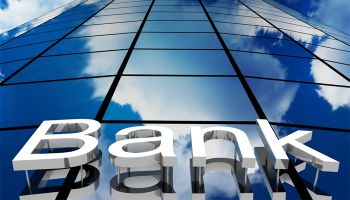 Corporate banks globally, a majority of which are plagued by declining economic profit, must take bold steps to adapt their business models or potentially suffer prolonged, painful periods of underperformance, according to a new report by The Boston Consulting Group.

“While it would be premature to write the obituary for corporate banks as we know them,” says Jürgen Schwarz, a coauthor of the report and the global leader of BCG’s corporate banking segment, “today’s players must markedly change how they do business if they hope to thrive in the future.”

These institutions have struggled since the start of the financial crisis to create value in corporate banking in many markets, according to the report.

Boston Consulting benchmarks 250 participants that serve small businesses, mid-market companies, and large corporations. The report shows that two-thirds of corporate banking divisions had returns on capital below their hurdle rates. Performing well in corporate banking is critical, the report says, given that it accounts for roughly half of the banking industry’s global revenue pool. BCG estimates that corporate banking revenues will grow by 7% to 8% annually through 2020.

The challenge has been particularly severe in Western Europe, but also in Central and Eastern Europe, with median pretax returns below 10% in both regions. Even in relatively fast-growing markets such as Latin America and Asia-Pacific, players are battling against increasingly competitive margins, too much reliance on lending products, and rising loan losses.

BCG’s benchmarking found that more than half of corporate banking divisions worldwide showed declining economic profit over the previous three years. North American banks stood out for above-average performance in terms of return on capital, but even their returns are trending downward as post-crisis competition intensifies.

The situation appears to be the reverse in Central and Eastern Europe, where more than half of banks show rising economic profit. In Asia-Pacific, about 70% of local players are on upward economic-profit trajectories.

The report says that in most regions, the gap separating top players from bottom ones has widened in recent years. In BCG’s 2007 study, for example, there was a 14-percentage-point gap in return on regulatory capital between the top- and bottom-quartile players. In the 2014 study, this gap increased to 21 percentage points and widened in all regions except North America. Such divergence underlines a key point: corporate banks with the right business model can create value in all segments and regions, despite local or segment-specific challenges.

• Tighter regulation. Players have only partly adjusted to the new regulatory landscape, and few banks have figured out how to optimally manage new regulatory cost pressures or manage portfolios in an analytically robust way.

• Digital revolution. Many corporate banks have underinvested in digital technology, yet client preferences are changing rapidly, with fast-growing expectations of fully integrated solutions, lean processes, and 24/7 access via the web and mobile devices.

• Disintermediation. The digital wave is spawning new rivals that are positioning themselves between traditional corporate banks and their clients. Beyond this, other competitors such as shadow banks and debt-capital-markets providers are also cutting incumbent corporate banks out of the picture. They connect borrowers directly with other sources of finance.

• Globalization. More midmarket companies are becoming active in international supply chain. However, many banks, under post-crisis regulatory pressure, are retrenching—shrinking their international footprints. There is thus a new risk that banking clients will forge relationships with other providers that can better serve their international needs.

What can these banks do?

Boston Consulting recommends that corporate banks take the following steps in order to generate profit above the cost of capital in 2020:

“Corporate banks that avoid fundamental change will continue to struggle, playing catch-up to faster-moving and more forward-thinking rivals,” says Pieter van den Berg, a coauthor of the report and BCG’s regional segment leader for corporate banking in North America. “Courageous decisions will be required, and sooner rather than later.”

Access “Global Corporate Banking 2015: The Look Of A Winner”